Since 2006, we have run a family owned and operated business to ensure the best service out of all local or national moving companies in Dallas. Whether you seek local or long-distance moving, we can provide an easy, hassle-free experience. Call our experts today to see how we can make your next move run smoothly.

Established in 2006. Across USA Moving and Storage, is a family owned and operated business that has been rated the Most Trusted Moving Company in Dallas, Texas since 2006. We ensure the best moving experience in comparison to all the other companies in Dallas. Whether you seek a local or long-distance move, we can provide you with an easy, hassle-free experience. Call our experts today to see how we can make your next move run smoothly. 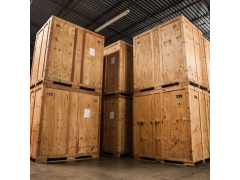 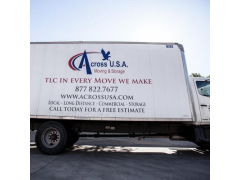 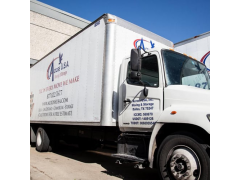 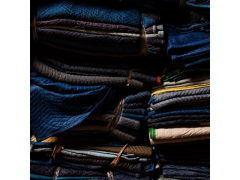 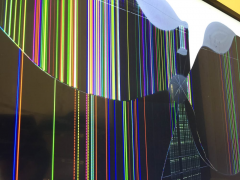 Reviews of Across USA Moving & Storage

So, the move was completed earlier this month. Keep in mind, I am writing this from the perspective of someone who moved from Illinois to Oregon. Assuming you move within the Chicagoland region, I would highly recommend them. My update is in regards to the second leg of the move.Pros- Everything was accounted for- Nothing was broken- Second set of movers (third-party) worked hard and quickly- Truck driver (third-party) was accessible and helpful- Despite last minute changes (see cons), still cheaper than all quotes from other companiesCons- Was unaware that our stuff was loaded onto and would be delivered by an 18-wheel truck. If this had been explained to me at the beginning of the process, I would have either arranged for a smaller truck in Oregon or I would have arranged for street permits. I was a bit of a zombie from planning my first out-of-state move; graduating from school; and looking for a job, so it would have been helpful to know this piece of info at a time when I was juggling a million things.- I chose to pay extra for a last minute rental of a 26-foot truck and up the tips for the movers because they had to move everything from a semi to a box truck to my new place. I did not want to upset my new neighbors as well as my landlord, who lives in the building, by blocking driveways and the street.I really floundered between 3 and 4 stars because of the pros, but I have to go with 3 because of the lack of transparency regarding the entire move. It was exponentially more stressful than it could have been. Again, if it had been a local move, I would highly recommend them. I know several people who are moving out-of-state in the near future and I will recommend Across USA to them, though I will explain the whole process to potential clients.

Brandon and Eddie were excellent! They went out of their way to move us earlier than what was to be expected. They were professional and thorough. Thanks guys!On the back end of things they were extremely professional. There was a nick in my dresser and the box spring bag had ripped but other than that everything was in one piece! These issues were mostly a result of us choosing to pack everything ourselves. We packed everything ourselves, I recommend if you do that to bubble wrap everything on top of having them use furniture pads. Also double bag mattresses and box springs. They were very timely and we had our stuff in 5 days!

UPDATE #2:TL;DR; While my personal experience of feeling neglected and stressed during my move would not lead me to recommend them to a friend, or even a stranger on yelp, their customer service team does seem to genuinely care, and goes out of their way to investigate issues and make it right. Even still, next time I move, I'll gladly pay a higher price to avoid any risk of a hassle like this.Outcome:They've investigated my case and sent a follow up. The highlights + takeaways:- If you decide their super cheap pricing is worth the risks of broken furniture, shady delivery drivers, and no contact once they're in possession of your stuff, ask to be connected with Josh early on. I'm sure he can be much more helpful and spare you a lot of stress if he's aware of the problems before he discovers them on a yelp review months later.- The pricing/quote discrepancies were explained, and sound reasonable. It just would have been nice if someone returned my calls, emails, and voicemails to explain during the move.- Again, if you do decide to use them, understand that "first available delivery date" means your stuff will arrive "7-16 days after that day". I had explained that the *latest* I'd like my things to arrive was June 20, and they decided to use that as the first available date, and told me that I could update it. When I called/emailed the moving coordinator, Ori, to update it, he agreed to see what he could do, and then never followed up, (nor did my moving rep, or anyone else I tried to get in touch with) despite my repeated calls, voicemail, and emails, so my things continued to be scheduled for arrival sometime 7-14 days after the date I stated would be *latest* time of delivery.- They apologized for no one returning my calls or responding to my emails.- While on the phone, Josh apologized for the driver who showed up by himself, and needed help unloading, and stated that it was against their policy to have a single driver make deliveries. However, no mention of how or why this happened, was made in the follow up email, so perhaps you can expect a single driver to show up with your things who you'll have to help (or hire additional help at the last minute) to unload.- I had previously refused to pay a remaining balance for just over $500 because of the issues I experienced (late arrival, having to hire help to unload the truck, radio silence, and shattered furniture). I did receive a very unprofessional call from them trying to get me to pay this balance, which left me feeling a bit harassed. Why they didn't pull Josh in at this point is a mystery to me, but Josh did agree to consider my account paid and pull it from collections, so that's nice that I don't have to fight to get that fixed.UPDATE:After you leave a review online, apparently they have a customer service rep who is also friendly and sincerely interested in helping understand what went wrong with your move. Will update my review with the outcomesORIGINAL REVIEW:[Had to remove to original review for character limit. All original complaints are addressed in the UPDATE #2, except with the outcomes]

5.22.15 The claim was filed and agreed upon by Across USA as as of this posting Across USA has not fulfilled their responsibility by making payment to me. I have called their local customer service manager several times and discussed the situation and have left him voice mails with no return calls. I have send them a letter requesting settlement...No Response.I believe in providing honest evaluations of restaurants and businesses as part of my reviews. This moving and storage company is one that needs to be avoided if you have a need to move across town or from state to state as their past tells their story. I would not recommend this company...

If I could provide a negative star rating I would.  I have moved many times and this was the worst experience of all of them!  It started with an aggressive sales approach by phone [e.g., we want your business let me check with my boss to see if we can get you a deal... if you lock in today I can get you an additional $$ off the price... etc.]; in retrospect, that should have been the "red flag" not to do business this company.There was nothing out of the ordinary for this move. It was straightforward [e.g., one king size bed, dresser, a few tables, small kitchen appliances, two flat screen TVs, 4 wardrobe boxes, desk, 3 chairs and ~20 boxes].  The move was from the Midwest to CA.  The following are the main reasons I would rate this a negative star:1. Movers arrived late2. I paid for a complete packup and they were not prepared3. The movers complained about having to pack the items4. Their attitude was terrible5. The packing was horrible [e.g., coffee machine was thrown into box with electronics and water was still in the machine, nothing was organized, multiple items lost and damaged]6. They damaged the floor of the apartment I was moving of which I had to pay for7. At the end of the loading of the truck they presented me a bill that was 3Xs more than the agreed amount8. I spoke with their "Manager" by the phone and he basically said "too bad pay it or we will unload everything and not reassemble it"!9. I literally was seconds away from calling the police to come assist with the extortion that was taking place10. Hours later, I compromised and agreed to have them unload about 20 items and paid the amount I was prepared to as per contract11. They were 1 month late from the move in date I requested.   Note: I was compensated with ~$150 discount [ridiculous].   They also reminded me of the contract I signed which gives them several weeks of slack beyond the requested move in date.12. The customer service was terrible, they made repeated promises to call me back or email me when I would inquire about the move in timing.  They rarely followed through with these commitments for communication.13. The moving company that arrived to move me in was a bit more professional 14. They unloaded the items promptly and let me know that this was likely the last time they were contracting with Across Moving due to the multiple issues they have had with the company too.Recommendation to the business's management:  Be upfront and honest with your customers, improve your customer service.  Review your subcontractors much better before you work with them.  Recommendation to potential customers:  Do not enter into a business agreement with them until they have changed their practices and it is demonstrated by quality customer reviews.