Having completed more than five million moves, Two Men and a Truck® is the nation's first and largest local franchised moving company in operation with the goal of exceeding customers' expectations every day. Nationally the brand employs more than 8,300 team members. You'd never know it because a small-town, friendly feel is what the brand embodies--all while setting the industry standard for professional and personalized service. Move teams are able to handle any type of move: business moves or home moves — whether it's an entire corporate headquarters or a single piece of furniture. Flexible schedules are offered in order to meet customers' needs, with availability on evenings and weekends. Our expert move teams are fully trained, licensed, and insured. Our top-notch movers work hard to live up to their reputation of being the «Movers Who Care®», and with a 96% customer referral rate, the success of Two Men and a Truck®'s secret sauce is apparent to their millions of happy customers! Two Men and a Truck, Houston NW is a locally owned and operated moving franchise. The local Houston franchise opened in 1996, and we have been members of the Houston BBB since 1996.   We are a full service moving company providing local, statewide, and interstate moving services.  Our customers are primarily residents of the Houston metropolitan area, although we are not limited to the Houston metropolitan area, as we will also go across the state or across the country.

Established in 1985. Two Men and a Truck® started in the early 1980s as a way for two brothers to make extra money while they were in high school. Now, more than 30 years later, the company has grown to over 320 locations worldwide. Brothers Brig Sorber and Jon Sorber started moving people in the Lansing, Mich., area using an old pickup truck. Their mom, Mary Ellen Sheets, developed a logo to put in a weekly community newspaper. That stickmen logo still rests on every truck, sign, and advertisement three decades later.After the brothers left for college, Sheets continued to field calls for moving services while she also worked a full-time data processing job with the State of Michigan. In 1985, she decided to make things official by purchasing a 14-foot truck for $350 and hiring a pair of movers. That $350 is the only capital Sheets has ever invested in the company. 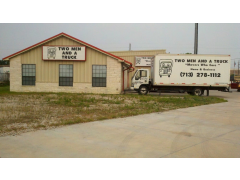 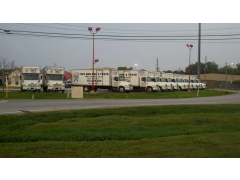 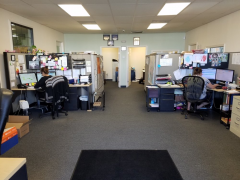 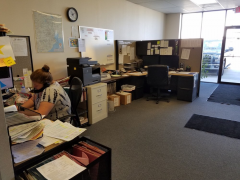 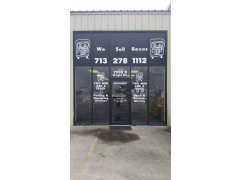 Reviews of Two Men and a Truck Houston Northwest

I had Peanut and Craig help me move and they were the most respectful, helpful, and sweet guys.  They went above and beyond my expectations and if I need help moving again, I won't hesitate to call Two Men and a Truck and will most definitely request Peanut and Craig.My piano was damaged during the move but Peanut was quick to write up a damage claim and talk me through the process.  I am curious to see how speedy it will be to fix my piano but based on the customer service I've received thus far, I am not too worried.

The movers no showed. Would not recommend anyone else take the risk when there are plenty of other moving companies in Houston.

From the first conversation with Caroline, I knew I was going to use 2 men and a truck. She was extremely helpful and an absolute JOY to work with.....it was like we had been friends for years! The team of Jason, Michael Miller and Alex arrived ~ 8:00 AM. They were very efficient with loading the truck - Jason guesstimated about 1.45 hours but it was 3 hrs before they left. Unfortunately, they had to turn around and come back because we all forgot to load the washer/dryer. Then they accidently locked the ignition keys in the truck and had to take time to recover them. Unloading the truck didn't go nearly as smoothly. I watched as Mike fell off the back of the truck onto his back and a wardrobe box marked heavy landed on him. Later he dropped another box from the top of the stack and then moving a 7' tall bookcase, they hit the moving ceiling fan and it's off balance now. The triple dresser mirror was chipped but Jason found the wood and fixed it to my satisfaction. There have been a few broken items but I take responsibility for those since I packed all the boxes.The guys were professional and respectful from beginning to end. Hopefully Mike was just having an off day and this isn't par for the course.

I selected this company because of all the wonderful reviews, however after discovering a few lost things that were never found, a gash in the wall from the house we moved from, to a gash in the wall to the house we moved into a broken cover to my speed reader on my treadmill, which cost me 160.00 to get fixed, I know this was from the move because I had just had my treadmill rebuilt a year ago. to chipped wood on my furniture, "To treat everyone the way you want your grandma to be treated" or "movers who care", is not the experience I received.

I thought I was hiring a professional company but I ended up getting unqualified, untrained and  wall and furniture damaging movers. The men that came to move my furniture were completely incompetent.  What an expensive mistake.