US Power Moving — local and long distance moving company in US. The company has been in business from 2002 and provides next moving services: 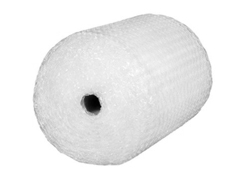 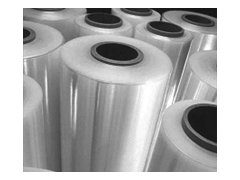 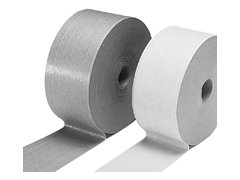 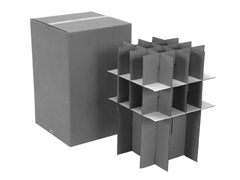 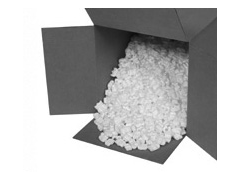 Reviews of US Power Moving

After interviewing several local moving companies and getting quotes, we hired US Power Movers to move us from our apartment in Brooklyn to our new home in Hempstead LI. I must say I never expected moving to be such a seamless and pleasant experience. The movers arrived, last Monday as scheduled, early in the AM, and wasted no time getting to work. They were very fast and efficient yet careful at the same time, dealing with a long turned flight of stairs. It was almost as if they were choreographed. By noon the truck was completely loaded and off to our new place. When they arrived, a couple of hours later, the same efficient process was reversed. As soon as they were finished the foreman checked everything to make sure it was right. We paid the invoice which was exactly as quoted with no added charges which are so common with other moving companies. There was not even a tiny scratch to any of our furniture. In closing I will say that US Power Movers renewed my trust in the moving industry. I would highly recommend them and would definitely hire them again.Thx

No ProfessionalismI contacted US Power Moving company to assist me in moving from NJ to California.The agent Mr.Alex asked me to contact them 15 days prior to moving so that they will visit my place to take a look and give us a quote. In fact I was ready to pay them.When I contacted them 15 days prior to move I got the following response in email:"I have no time just to drive around all places in NJ. I will come to book and take your deposit for the move" It sounded like they are doing  a big favor to me. I wanted to do a business with them and I have sent this email as a reminder as they asked me to do so, but as this company felt that they are doing a favor to me and was unable to communicate professionally I cannot trust them and decided to choose a different mover.

DO NOT USE THESE MOVERS UNDER ANY CIRCUMSTANCES!!!We used this company a little over 2 years ago to move from New Jersey to South Florida and we were NOT happy. Not only because right AFTER we signed the contract, our contact person and the owner of the company, ALEX, became very rude and aggressive, but also because although we had a deadline by which we needed our furniture and boxes to be delivered, he was a week late. No sorry, no explanation, no trying to work things out and maybe refunding some of the money for not complying with his own contract. NOTHING. Just "do you want your stuff or NOT?" Well, that was our experience.Fast forward to this year when our elderly parents decided to move to South Florida from New Jersey as well. Against our advice NOT to use this guy, they decided to go with him anyway. Well, they are sorry now. Oh, and by the way, these people are an elderly in their 70s. Well, they were completely ripped off and this is putting it nicely.Alex was the only person that they dealt with the entire time. They needed to pack their house first (due to the fact that they sold it very quickly) and then move to South Florida a couple of months later. Alex and his guys detached and pulled the furniture apart. And the family helped packed the boxes and some of the valuables. One of those valuables was a large antique Italian mirror valued at over $2,000, a prized possession of this family. They pleaded with Alex to pack it adequately to make sure that it does not get damaged during the move. The family members packed it as much as they could themselves, wrapping it in plastic and blankets, and then asked Alex to put it in the box to which he replied: "don't tell me how to pack and move stuff. I do this for a living." Well, that mirror arrived completely broken. Alex would not return calls or address this situation in any way. Why would he, right? He made sure he got paid before the furniture was even taken off the truck and unpacked. And then, he disappeared and would not answer calls. AT ALL!During the packing of the furniture, Alex told the couple that they needed to give him a deposit of $400.00 for the "old and dirty" large blankets that were used to wrap some of the big pieces. However, upon delivery of the furniture, he was supposed to take the blankets back and return the $400.00 deposit. He failed to do that, claiming that the deposit was only refundable during 30 days. That was a lie. He never told the couple that there was a 30 day limit and he knew very well that the couple had to pack up their house and put everything in storage in New Jersey and then move to Florida a couple of months later. Again, the ripped them off an extra $400.00 for the ugly and disgusting blankets that he uses during his moves when it is his job to use these things to pack people's valuables in the first place.Also, upon arrival of the furniture at the designated address in South Florida, the movers that delivered the furniture DID NOT know how to put it back together because they were not the same movers that pulled the furniture apart during the packing. So, the couple ended up paying extra money to some local guys who were able to put the furniture together. Alex, once again, was nowhere to be found. He wouldn't answer calls or respond to voicemail that the couple left over and over again.Finally, when the furniture and the boxes were actually moved, not everything was delivered. Alex left back approximately 20 boxes, claiming that there was no more space on the truck for those boxes. Well, since he made the couple PAY THE REST OF THE MONEY when the truck arrived in South Florida - the movers basically told them either you pay now and we deliver it OR you won't get your stuff - he failed to deliver the rest of the 20 boxes COMPLETELY. The couple, in fear of using another scamming moving company, decided to ship those boxes via UPS, paying an extra $1,000 on top of what they already paid US Power Moving.Alex and his moving company completely ripped off this elderly couple during their move. They paid over $6,000 all together and ended up with damaged valuables and horrible moving experience.SHAME ON YOU ALEX, PERSONALLY, FOR TAKING ADVANTAGE OF THESE NICE AND TRUSTING PEOPLE.

This is by far the worst moving company and possibly company we have ever encountered. They are COMPLETELY unprofessional! They seem so nice until the day you are moving at which time the owner will be so rude you will immediately regret hiring this company. They were incredibly late to begin the moving process which they were aware we had only one day to complete. When we asked if it was going to still get done that day we were told to let them do the job and to go away. Of course the job wasn't completed that day and they could care less. In the process things were damaged, boxes were lost and/or stolen. The owner of this company robbed us blind and if you would like to get your belongings from point A to B without any problems this is NOT the company to go with. Please read these reviews(this is not the first) and make sure to consider these things prior to choosing a company. His was far and beyond the worst moving experience we have ever had and the absolute most nasty people I have ever dealt with or encountered! Stay away.

Best moving company to work with. They moved my apartment with out any hassle. Strongly recommended to anyone who is moving.  They handle your furniture delicately and with care so all your things are left without any damage. A+++