Since 1945, U-Haul has been serving do-it-yourself movers and their households. Like many other successful ventures, the concept for U-Haul was generated out of need. After World War II, there existed the widespread need for do-it-yourself moving equipment that would be available on a one-way, nationwide basis. U-Haul co-founders L.S. «Sam» Shoen and his wife, Anna Mary Carty Shoen, recognized that need and acted upon it. Their visionary approach spread the cost of ownership among many users, facilitating the mobility of the populations of the U.S. and Canada.

The covered wagon of the pioneers morphed into orange U-Haul trailers. In the process, an industry was born. Discharged from the Navy in the summer of 1945, 29-year-old Sam and Anna Mary tried to rent a utility trailer to move their possessions from Los Angeles to Portland, Ore. It couldn't be done. They had to take only what they could fit in the car. «No one, at that time, seemed ready or willing to serve that need.» «Small luggage-type passenger automobile trailers were being rented from 'rental lots' in Los Angeles. Each lot had from 20 to 40 trailers which were rented locally for approximately $2 per day,» recalled Shoen in his book «You and Me,» «I recognized that here was an item with considerable utility value which had not been exploited at all in the Northwest or in the San Francisco-Oakland area. I was intrigued with the business potential of this idea, especially from the standpoint of one-way rentals.»

The Shoens reasoned that many other families had a need similar to theirs: the short-term availability of a trailer that could be rented «here» and left «there.» No one, at that time, seemed ready or willing to serve that need. 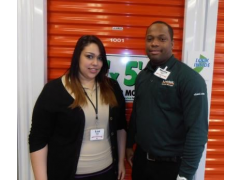 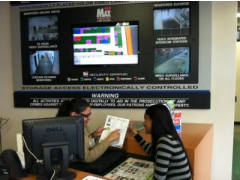 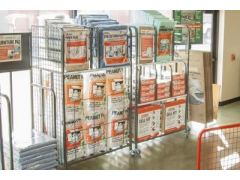 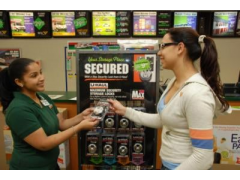 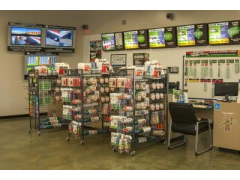 We rented a U-box and had it moved from Virginia to NYC, while that part was a bit rough and uncoordinated. The staff at the Bronx U-haul Moving and Storage were fantastic and more then made up for all the rest. They were friendly, helpful, and just made a very stressful situation that much easier to get through. Vincent and the rest of the staff were outstanding. If I ever have moving or storage needs in the future I will definitely come back to U-Haul Moving and Storage at Grand Concourse!

Just got a text to call and confirm a reservation for tomorrow. First the call audio is so low I have no idea what the issue is. I'm straining to hear everything's I called the number and was placed on hold - 10 minutes go by. Okay, it's the first of the month I'll call back. I call back 15 minutes later and again they put me on hold this time for 12 minutes. I call one last time and I'm on hold for another 6 minutes. So at this point I'm calling, pushing the number 2 - hanging up because all they do is blurb out "hold one second" -I did this about 4 times and I could hear the frustration in the woman's voice when she actually answered. Cool, now you can see how it is to not give good customer service . I call a 5th time and it's comical at this point. The guy unnecessarily cuts me of every time to say they have customers - okay, I'm only calling because I got a text to confirm. He said I could talk to customer service but my guy for what? Im not complaining I'm literally just following protocol. I'm laughing because he's so irritated that he can't comprehend why I'm not upset with his tone of voice. I wasn't being argumentative because why make someone who hates their job hate it even more. I laughed and said I'm calling to confirm and he goes "MA'M IF YOU WANT TO DO THAT YOU CAN JUST GOT ONLINE." - why couldn't your text just say that love? :) I'll review more once I actually go and retrieve my U-haul tomorrow. Stay tuned Yelpers.

From pick up to drop off this was an amazing experience. We went on the last Saturday of the month, the staff was super funny, friendly and accommodating. I was totally unprepared to move a mattress set, couch, tables and life. How it all got done is still a miracle to me, BUT the staff gave us an extra 40 minutes which we seriously needed to figure out how we would put a sofa bed through my grams small door. How they didn't laugh at me at 9am is beyond me, next time they see me coming they should do me the favor of not lending me a vehicle. I have very poor judgement and no upper body strength.

This place is great! They helped set us up with our free month of storage that came with our one-way truck rental. They made moving all our stuff from the truck into the unit so easy!!! The manager Mickey is the best! He was so helpful! The rest of the staff was so friendly and helpful as well. They even helped us rearrange our uhaul truck reservation so we could drop off the truck at this location instead of the one we had previously booked. They even stayed open a few minutes late to help us with the truck return. I would work with the people at this location anytime and recommend them to everyone! Thanks Mikey and team for everything!

i didn't have a problem coming here to help my friend move.  the workers here were moving a bit slow though seems like it took a while to process peoples orders for trucks and to get it moving. The staff was nice though and joked. also the truck we rented had the side view mirror glued on. i attempted to turn the mirror and it just fell off so try to look under that someone did not just glued it together. they did not make us pay for it so that was one good thing.