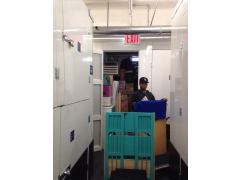 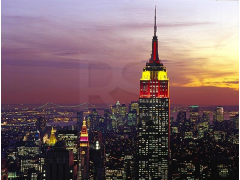 also known as "MetrominiMovers"man & van : $25/hr 2men & van : $45/hr- a simple flat rate at your preference- no additional charge (for gas, tolls, travel and time, etc....)- no minimum hours- reliable & conscientious- hundreds of reference available- last minute welcome.avoid at all cost.   No hourly rate if your are moving from or to a walk-up building (mine was on 3rd flr).  Initially agreed to $120 for a bed / desk / 14 boxes from Manhattan Mini to my new apt about 1.5 mile away. These guys came about 40 mins late, then demanded $200 for the whole move because there were 6 more small and medium boxes than originally estimated (so i decided to move those 6 boxes later).  They stopped unloading to demand payment in the middle of the move, ultimately charged me $150 for a move that took less than 45 mins.

These people are complete crooks who prey on trusting people who are in the midst of moving, busy, and are looking for some quick help. They initially quote you a reasonable price, then slowly gouge you until you're paying a ridiculous sum for a simple task. They manipulated and intimidated a friend into paying $180 to move a mattress a couple of miles in Manhattan. A job that would take less than an hour. Initially, they said it would be $60, then upped it to $120, saying that it would take 2 hours to go from the UWS to Washington Heights. Not unless they're taking it there on a mule, or on their backs. So she agrees to pay. Then they get there, and insist that in order to take the box spring too, they will need ANOTHER $60. Best of all, they never deliver the box spring. Guess they made even more by selling that on the side. STAY AWAY. Don't use this "service" even if you're desperate for help. They're clearly seasoned crooks who bank on people not having the time to research them/check reviews b/c they're in the process of moving. Hope they get busted soon.

Called to tell me they were three hours late, with a BS excuse about the truck. Obviously they had taken another job. Don't use these guys. The first review is shamelessly written by someone from the company.

For the love of God, do not use this abysmal moving company that is plastered all over Craigslist.Firstly, the man in charge (a particularly unpleasant gentleman by the name of Bill) answers his phone maybe 30% of the time, and has not configured his voicemail. This should have been our first clue that this was a two-bit operation.  After finally getting through to him, we agreed that they would meet us at 11 AM (all we had to do was move one couch). Lo and behold, we called at 10:45 to confirm, and he flatly denied he would ever have agreed to a particular time, instead saying he would meet us there sometime between 11 and 12. He assured us he would call us back shortly to confirm when they would be en route.Needless to say, I was quite bemused at 11:50 when we did not hear from him. So, we called him back a few times (in Bill's mind, when someone is waiting on you, it makes complete sense to let your phone ring out a few times to Establish Dominance) and when he finally picked up, he said we should head down there as they would be there shortly.So, down we went, getting there around 12:05. And then the real fun began. We called Bill back, and he now said someone else would be coming, and would contact us directly when he was near (Bill assured us it would "shortly"). Around 12:35, we called him back, and ofcourse, he ignored the call. At exactly 12:52 (I know because I just referred to my phone), Bill's colleague called to let us know he would be there in 45 minutes. Yeah. That happened. He apologized, but said he had no idea we were waiting on him, and to call Bill to iron out the kinks.So we called Bill back, and this is when he started to escalate his aggression -- firstly, he said his colleague was probably lying because there was "no way" it would take him 45 minutes to get to us, then he started getting defensive saying that he had no way of making things go faster, so we should just sit tight.Upon hanging up, we belatedly checked Yelp reviews (I hope you, dear reader, are smart enough to be doing this before the fact) and with a growing sense of despair, realized this was business as usual for Mini Movers NYC. 45 minutes later, the mover was no where to be seen. 20 minutes later that, we called Bill for our final interaction. The guy just devolved into being an utter asshole -- he started ranting at us for "lying" about how long we had been waiting (keep in mind this is around 2 PM, and we had scheduled for 11 AM) for ~3-4 mins or so, then hung up. Astonishingly, the movers actually rolled up like 10 mins or so later, and did a passable job moving. That said, the stress of losing 3 hours of my Saturday due to the actions of an incompetent dispatcher are enough for me to say DO NO GO WITH THESE GUYS UNDER ANY CIRCUMSTANCES.A valuable lesson learned -- when dealing with something as fraught with tension as moving, do not use the cheapest option!

I was moving from Canada to New York and needed someone to unload my truck when I got here. Scheduled an appointment with these guys and not only did they not show up at all, but they lied about running late when I called, then stopped picking up the phone altogether.So, they left me scrambling to find someone to unload things in Manhattan the same day. Ain't that great?Do not bother. Find someone else to begin with and save yourself the trouble.