If you are looking for first-class, full-service California Movers, Upline Moving will provide you with the best relocation package that California moving companies can offer. Our main offices are located in both Northern and Southern California and our expert moving specialists are ready to handle all of the complicated logistics of a coast-to-coast relocation.Upline Moving can move and store anything from a small apartment to an entire commercial operation. We offer you all of the services that you expect from movers in California. Whether you are moving within Los Angeles or planning a cross-country move, we have the right solution for you. Our highly trained CA movers will handle all of the details for you- including planning, packing, moving, storing, unpacking, and more.

Established in 2008. UPline Moving started out as smaller independent moving company back in 2008. Over the past 7 years, our company has gained the knowledge and experience to expand our company to a reasonable and manageable size, while providing the same personal service as when we began. UPline Moving is now both in Southern and Northern California and performs between 2000 to 3000 moves to many satisfied clients each and every year. 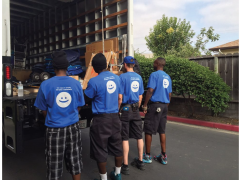 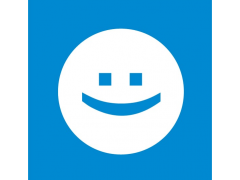 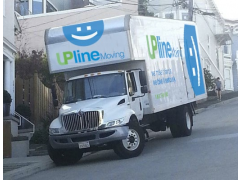 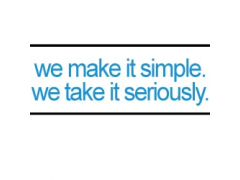 I just relocated from Los angeles to Portland, I had a few quotes from reputable companies but no one came close to these guys by their services and prices. The day of the move these guys came on time and they were 4 friendly guys that work responsibly and efficiently.  They wrapped everything with care especially all my art which gave me confidence that it will be fine in transition. I just received my good a few days ago and I have to say everything was intact and in a great condition. I thought of having extra insurance but glad I didn't because these guys really took care of my belongings. Thank you Nancy and all the team that was part of that whole experience. I will definitely refer you guys to anyone I know. Well done and all the best to you.

I started with 3 quotes from reputable moving companies for my relocation from Los Angeles to South Carolina. Richard came to my home and helped me with the specifics of my relocation. He was very friendly and professional, and was able to assist me with multiple questions and concerns. I had a very complicated move in 2 parts which consisted of shipping items at different times. I heard many of the horror stories of getting into a hostage situation so I decided to go with Upline because they were the only company that would guarantee their price upfront. From the day of pickup the crew was very professional. They took care in wrapping everything with extreme patience. Everything was done well. The actual shipping took 13 days, which was expected for a long distance move. When delivered, we ran through the condition of the items and everything was fine. I am just waiting on the second portion of my move sometime in May. I would definitely recommend this company to anyone looking to get a quality service at a guaranteed rate.

We hired Upline for our cross country move and ever since day 1 the entire team had been amazing. Both Sonia and Nancy in the office have been super helpful with everything and always get back to you quickly. Armando and his team of movers came yesterday and were awesome. They were polite, professional and so quick with everything. They took great care with our stuff and made this entire experience stress free! If you need great movers use Upline.I'm adding to this review since yesterday all my stuff was delivered! As always they were FANTASTIC! The guys who showed up were professional, polite and got the job done in a timely manner.  I'm very impressed with Upline and will for sure use them if I move again.

Working with Upline was pretty good on a whole. There were a few changes in the staff that we were assigned which made the process not as smooth as initially promised. Additionally, scheduling the arrival date was frustrating as we had very little commitment of the expected date of arrival. However, we did move from California to Michigan and I must say that all our items arrived in perfect condition and not a single thing arrived broken. They took great care of our items.

In short, Upline moving cares more about themselves than our belongings. They have more tricks to protect themselves than the stuff they move. The reason is that in a long distance move, they are only one part of the whole 3-company collaborations. So it is very hard to decide the responsibility and liability between those 3 companies. In detail, this is for a review of a long distance move from NYC to LA, Upline moving was responsible for the LA local part. The whole moving was divided and done by three different companies, a NYC moving company (Dumbo Moving and Storage) moved my belongings from my apartment to a local storage place; a long distance transportation company moved my belongings from NYC storage to LA; Upline moving took over from the long distance truck and deliver my belongings to the apartment in LA.Upline moving broke legs of my dresser on their truck, and they destroyed the evidence that the furniture were broken on their truck and  pretended it had been broken before they took it. Before they moved the dresser into the apartment, the guy called his manager before I saw the dresser, he said on the phone "... hey Neil, I have another problem, we broke a leg of the dresser... I did not notice so I put the dresser on the corner of the truck...". Hearing this, I came to see the dresser. I saw the legs were still connected to the body of the dresser and it was obvious that was new broken. Just before I took pictures, the guy took out the broken leg and cleaned the area. Then he lied to me that it had been broken before their truck. After this, what they all said to me is "your moving company in NYC is totally unprofessional".Some of my other belongings were also broken, such as chairs, lamps, and also found many missing parts. Since I do not have evidence that these are directly caused by Upline moving, I am not writing all of them here.After the move, they played tricks to make me sign the form at incorrect places. The guy told me, "Sign it here, so you have zero due." I know I have zero due because I already pre-paid online. Then I started reading the print under the line. He said again, "Just sign it here, so you do not have to pay anything." The fine print showed something but obviously not about payments. So I asked what that was about. Then he said, "oh, you sign it there." Then point me to another line below, it said I received everything expected. He said "we delivered everything to your apartment, you have to sign this." I asked what about the broken furniture and missing parts. He said: "you sign this first, we delivered everything, our manager will call you about those." I refused to sign that as I did not receive everything in a good state. Then he asked me to sign on another place, there it said I received everything except something not in good conditions written below. So I wrote down the broken furniture, missing parts and signed it.Finally he called his manager, Neilson, and gave the phone to me. Over the phone, Neilson said to call me back next morning. I believed him and they left. But of course, nobody called me in three days. So I called them.I understand a long distance moving is difficult. But if we do it right, even we broke something during the process, if we resolve it right, I still appreciate the effort and help any moving company is supposed to provide. But Upline, they broke my stuff, lied to me, and played tricks to me to sign, all these made me a bad feeling.