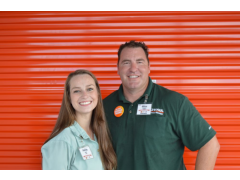 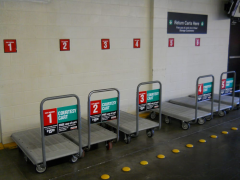 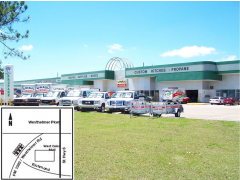 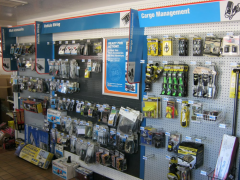 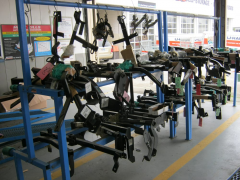 Absolutely the best service you will find. They clearly have the approach that they are in the service industry. I will never rent another trailer or truck from a different competitor, or even U-Haul location for that mater...

AVOID 14900 WESTHEIMER LIKE THE PLAGUE! THIS HAS BEEN THE WORST EXPERIENCE I HAVE EVER HAD!!! Julie & Mike Capp are rude, obnoxious, disgusting excuses for human beings! They should be terminated from their unworthy positions! I reserved the largest U-Haul truck for 6:45pm on Thursday, February 2nd. We reserved the truck for 24 hours. Upon entering the store around that time, my husband realized that he left his driver license at home (less than 1 minute away from the location). I remained at the store while my husband drove to our apartment and returned with his ID. By the time the store representative completed assisting other customers and then tending to us, the time was closer (if not after) 7:00pm. The representative told us our truck was outside (there were 3 trucks outside). We walked out, and Julie's rude ass was sitting on the ground with a tire iron fixing a tire. I politely asked her which truck was ours, and she gave me the most evil stare and said, "It ain't this one." I could not believe it! The guy who assisted my husband and I with our reservation jogged out and apologized and directed us to our truck. We inspected the truck (we failed to check the cab light) and drove off. Upon loading the truck is when we found out that the light did not work. Not too big of a deal, as we parked my husband's motorcycle to face the opening and used his headlights for lighting. Loaded up, moved things into our new house, and prepared for picking up the furniture from the other side of Houston the next day. My husband had to work for Super Bowl weekend, but when he got off, he went to pick up the furniture for our bedrooms from the North side of town. This meant coming to Katy to pick up the U-Haul, driving to Willowbrook area, driving back to Katy to drop off the furniture, then heading back to Westheimer and Richmond to return the truck (of course after replenishing the truck with gas as the neighboring Valero gas station). I was told the night of February 2nd by the U-Haul assistant that if it seems like we would cut it close to returning our truck by 7:00pm, then to give them a call. Well, at 6:32pm on February 3rd, I called and told the service center (the people who answer the phones when the store doesn't pick up or transfers their line to them) that we were running behind because my husband and his friend were stuck in the Super Bowl traffic. The rep stated that would be fine and that we get a 1 hour grace period and to try to return the truck by 8:00pm. I called again at 7:00pm and Julie and her terrible, disgusting attitude answered the phone. She acted as if she could not understand what I was saying to her and kept hollering for me to speak louder. At that point, I just asked for her to transfer me to someone else, which she did. The guy I spoke with is the guy who assisted me on day 1. He said to try to make it in by 8:00pm and that I would not be charged an additional $39.99 for another day. I told him I would definitely try. He said as long as someone was at the store to take the key to the truck, we would be fine. I called again at 7:42pm to let the store know we were on the way with the truck. I was assured by the answering service that we would not be charged for an additional day. We arrived at 8:01pm after filling up with gas, which we put a little more gas in there than we started with. Julie was in the office with the lights off but on a computer. She walked over to the glass window & door area, ROLLED HER EYES, and forcefully pointed for my husband to drop the key off in the drop area by the locked door (she locked the door on us). Saturday, February 4th: we noticed we were charged for the additional day. I called to dispute it, and the representative stated that he would have the General manager call me on Monday, February 6th about this. No call. I called on Thursday, February 9th and spoke with an employee at the actual store who tried to revers the fee but was unable to and told me to call back the next day and speak to Mike. I called on Friday, February 10th, and the service center said they would send a note over to the store for the manager to call me. Julie called that afternoon, still rude, and said she isn't reversing anything. The sad part about it is that I had made another reservation for a smaller truck for the weekend. After dealing with Julie, I told her to cancel my reservation! Her response was, "I'm sorry you feel that way. I'll cancel your reservation." Do note that she never cancelled the reservation. (Details about that later.) I told her I needed to speak to someone above her, and she said I can call for the GM on Saturday morning, as he would be in the store at 7:00am. I called shortly after 7:00am, left a message for the GM. Mike Capp called me back and cursed me out! He said that Julie was awesome and that he hired her personally! WTF does this have to do with my concern? He then said that I'm at fault, he doesn't deal with people like me, then hung up on me.

Very satisfied with my experience. (:I would recommend you set up an appointment for a Uhaul rather than just walk right in! I came in and my moving truck is ready to go. People that walked in were having a rough time trying to get a rental. I know time is important, so to save time.. Set up an appointment for a rental. Walk-ins are based on availability. So you might not get lucky!Good luck on your move!

just had a first class experience renting a trailer from these folks. this is a very well run and well staffed moving superstore! they literally have EVERYTHING!

Absolutely fantastic customer service from every employee I interacted with here while picking up a rental trailer.