Since 1919, Mooney's Moving & Storage has provided local and long distance moving services to the Greater Philadelphia Region. Our full-time employees work exclusively for Mooney's. We do not use sub-contractors or day laborers. Our experienced staff is comprised of nearly 20 employees, many of whom have worked for us for more than a decade.We have been family-owned and operated for four generations. When you hire Mooney's for your move, you deal directly with Steve or Mike through the entire process, from your in-home moving estimate until your moving day. We are just a phone call away to handle your questions and offer our moving advice.Our mission is to make your move as stress-free as possible while maintaining the high quality of service that we have been known to offer for over 94 years.Contact us today for your free in-home moving estimate.

Established in 1919. Founded in 1919 by the current owners great-grandfather.Mooney's Moving & Storage was founded in 1919 by William CF Mooney using horse drawn wagons. After distinguished service in World War II, his sons, Bill and Joe, entered the family business during the 1940's. The business thrived during the post-war housing boom by driving trucks, carrying furniture, and helping out wherever possible. Bill and Joe took over the company in the early 1960's and ran the successful local operation until the 1980's, when Bill's son-in-law, Michael DeSteffano assumed ownership.In 2002, Michael DeSteffano's two sons, Steve and Mike transitioned the company into the 21st Century. We introduced handheld computers into the in-home estimate process and installed GPS tracking on the moving trucks — both concepts that would have amazed their great-grandfather, William CF Mooney.Mooney's saw immense growth through the 80's and 90's upon adding long-distance moving to the service offering. With seven trucks 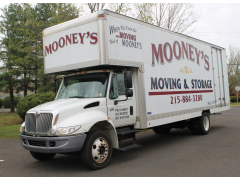 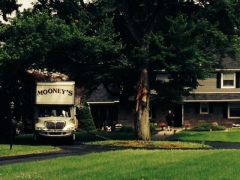 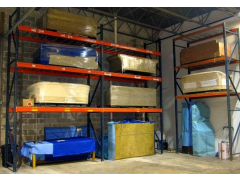 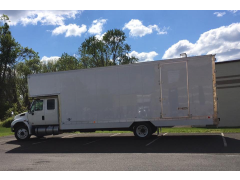 Amazing experience from Mike, George and Mike from PA to NY.  Loaded everything up and delivered the next day.  I can't say enough good things about Mooney's.  They came highly recommended and lived up to their lofty reputation.  Thanks to Steve and crew for a job well done.

These guys are the absolute best. They arrived on time and were friendly and professional, despite the rain. They moved the furniture and boxes like machines, and were so kind and helpful. Hire them.  You won't be disappointed.

Beware when using this mover.Everything went well until we filed a small claim for legitimate concealed damages.They refused to look at the damaged merchandise and refused to pay for any damages. We had paid extra to them for insurance to make sure we had good coverage.  Our claim was only for around $600.We were told we had 2 months to submit a claim. After we submitted it we were told they would only stand behind it if they unpacked the justcartons.We have moved 9 times and have never been treated like this by any other mover. Management is very unprofessional. Instead of trying to work with  us the customer to try and resolve it they refuse to discuss it.Steve, Our complaint is not with your crew. They were fine.  So stop putting this issue on them. It is with you and the management of Mooneys. You took our money for upgraded insurance and now don't want to pay for concealed damages. In the future, try being honest with people.

Great experience! I would definitely recommend Mooneys to my friends. They even stayed late and did an unplanned run to our personal storage unit for us!Everything was put in the correct room.The reason for the 4 stars is because they did scratch our floor and marked a few walls.But I would still use them again!

Careful and efficient.  Nice guys, entertaining, too!  Will use again.  Not a big move but feel confident they can handle any job.