This is my company
B & K Moving, Inc is family owned and operated. We are very proud of the repeat business, and the confidence our customers continue to place in us. We strive to exceed our customers’ expectations. Our primary goal is customer satisfaction. We seek to diminish the worry and stress of the relocation process. We earned our reputation through reliability, dependability, careful handling, courtesy, promptness, and competitive rates. Our experienced, honest, and hardworking moving professionals are very adept and have remarkable moving techniques. We appreciate the opportunity to provide you with the exceptional service you deserve, and quite possibly earn the right to your repeat business too! 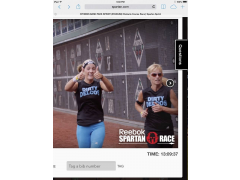 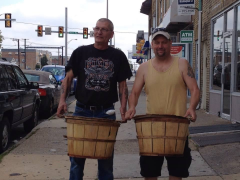 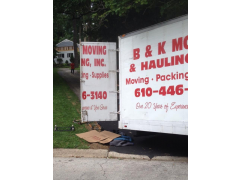 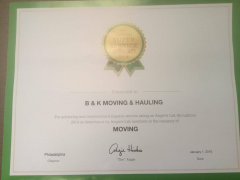 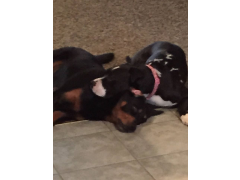 Outstanding experience with the 3 man crew I hired to move me from a 2 bedroom apartment w/ elevator access 4.5 miles away to my new home with 3 floors. Moving = stress no matter how prepared you think you are for the day. These men arrived on time, made helpful suggestions, assured me "we got this," were professional, efficient and orderly, friendly and just all around nice guys. They took a well deserved short break and still beat me to the destination! Pricing fair and reasonable. No hidden fees. Using their wardrobes for $5 per worth every extra penny. Check out their website but don't hesitate, just call. Someone will answer the phone.

We needed a mover to move the contents of a small office locally.  We were disheartened by the number of other movers who could not bother to return phone calls or would only give you information after you poured your info through their website and waited two days.These folks actually ANSWER the phone!   You can talk to someone live!   They arrived on time and delivered as promised.  Would definitely use these folks again.

Bob Link and his 2-man team are awesome! Professional, courteous, kind and thoughtful. I highly recommend them. They worked diligently throughout the move taking only one short break. Their attention to what would be helpful to me never waivered. It was a pleasure being moved by B&K.

We had a wonderful experience with B&K Movers. The rate was very reasonable and the movers did an excellent job. We appreciate the kind spirit of the workers and the costumer service was great. 5 stars!

Don't believe the reviews on Angie's List, or their reply to my review. Of course the "men" denied everything vehemently. They were careless, and they damaged many of my expensive furniture items, and they lied about it repeatedly. STAY FAR AWAY!At first, they were friendly and moved quickly, and told me the cost up front, etc. They arrived on time, and worked hard to load everything as quickly as possible. I'm sorry to say that's where the good stuff ends. I suppose they thought that because I am a woman, it was OK to call me "honey" all day long, and that I wouldn't speak up for myself when things went wrong. They first problem was when I  heard lots of loud banging upstairs, where the bedroom furniture was. I went up to investigate and caught them in the act of trying to force the drawers out of my bureau, and they are not made to come out! They said, "oh, these don't come out." NO KIDDING! I had to tell them 3 times to stop trying to force it. Now I have a broken drawer and busted rails. They tried to pick up my dresser by the legs, and ripped them off! Then they told me that when they picked it up the legs had fallen off. No, they absolutely did not... they were not broken before. They glued them back on the best they could, but my furniture is not the same as before they abused it. They bashed the side of my expensive dining table into something, which took a chunk out of it. They broke the top of a lamp beyond repair, and brought it inside wrapped in a blanket, put it in my closet "to keep it safe", and wrapped one my blouses around the top of it, so that I wouldn't see it until they had left. I didn't discover until a few days later that my marble slab coffee table has chunks missing from around the edges. There are many other issues, too - like the bed isn't assembled properly, and the screw heads are stripped out beyond being usable any more, etc. And I haven't unpacked many boxes yet because I'm having some renovations done, so I won't even know the extent of the rest of the damage that I might find until later. To top it all off, they lied to me about all these damages and got angry with me for having a problem with it. I called the owner, who was also angry with me, and told me that "we've been doing this for over 30 years, and no one is ever dissatisfied, but there's always that ONE person who complains about everything and is never happy!"  I am here to tell you that I AM NOT THAT PERSON. I am extremely reasonable and good natured, but if you handle my belongs carelessly and then lie to me about it, and insult me and take advantage of me, I will not keep quiet about it. Yes, they took some of the charges off, but that doesn't return my valuables to the condition they were before B & K got at them, and I am left with damages that can't be repaired, and, they took time for lunch and charged me for it at their hourly rate, and they lied about that, too.