Established in 1981. Moving Right Along traces its roots back to 1976 when it was launched as a part-time venture known then as Jim's Moving Company. Five years later Jim earned a Bachelor of Business Administration Degree in Marketing at Baruch University and Jim's Moving had built a reputation for low cost, reliable and friendly service. In 1981, Jim's Moving became Moving Right Along Service, Inc.The 1980s were a growth period for Moving Right Along, fueled by a booming real estate market. Consequently, a one-truck operation became an eight-truck organization and most importantly maintained our reputation as a low cost, reliable and friendly moving service. 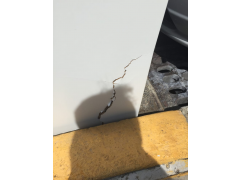 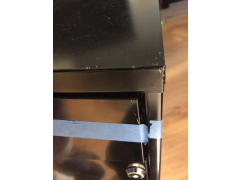 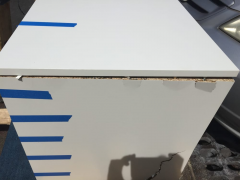 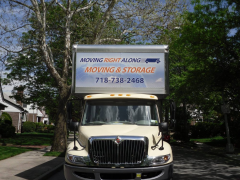 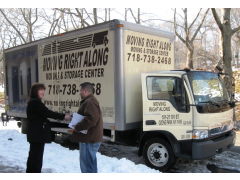 Reviews of Moving Right Along Movers

Yes, Moving Right Along Movers is as good as it gets!  We had a morning appointment and they were super prompt.  Raheem, Raul and Justin were the ones who helped us.  Super professional.  They wrapped my late mom's piano nicely and moved it to our apartment.  My husband and I are very pleased. I spoke to Kimberly Cohen to set up the appointment.  She's very efficient and thorough.Keep up the great work, folks. Thanks for helping us today.

Moving Right Along, with all your electronics.  Foremen that are going through a break up, and break down on the job.  Instead of padding your furniture, padding their bank account...The worst experience with a moving company I've ever had, and I've done 21 local and long - distance moves! Keep in mind, this company makes bank selling used furniture too.  Wonder where they get it from?First, the foreman started the job 2 hours late, only to be on his phone for the next hour.  He said he was touching base with the office, and angrily snapped that he was "Working doing dish pack, lady!", but I later overheard another worker tell him "Not to take the break up so seriously.  That b**** has you wack! Just forget about her.", so no, it wasn't a work text...or 20 texts...and no, Mr. Skinny wasn't wiping away tears, and repetitively punching the outside of my apartment building because of "work". Next, approximately $10,000 of electronics, mostly Apple laptops, and high - end server - type drives went missing, and interestingly, there was no record of all this stuff being packed.  Literally, 6 people said they never saw it.  Gone are photos of my 1st born when he was, well, born.  I didn't think anyone would want THAT drive.  It was really old, and worn!Finally, although I tipped and got insurance, the company took absolutely no responsibility for the situation, and finally after months of over-promising, and under - responsiveness, I took my husband's advice, and radically accepted that all my **** was stolen, never to be seen again.The last straw, a storage company that Moving Right Along contracts with for out of town storage was supposed to pick up some of my items, but they didn't.  Fun, because who doesn't want to spend $500 to rent a Uhaul in the rain.

I've used MRA many, many times, and they are CONSISTENTLY excellent! I've been a professional organizer for 20+ years, and this is my "go-to" company whenever I need movers or a storage facility. They are consummate professionals, and no matter what the job, they can handle it - from hoarding situations to high-end moves.    Most recently, MRA handled a very large move for me in which my client was feeling very anxious. The crew couldn't have been kinder or more sensitive to her; they treated her with the utmost respect, and I've never seen such hard-working guys. They were fast. strong and professional. (We worked with Nate, Will, Robert, Chico and Angel). Each and every guy was incredibly hard-working. My client couldn't have been more pleased with the quality of service.    I wish I could give them more stars.

I'm giving 5 stars to the movers!! These 5 guys came in my house and boogied!! They were nonstop for 12 hours.. They would not let me lift a finger, very nice respectful men, and I should also add HONEST! A pricey watch of mine turned up from under the washing machine they moved that I had lost a year ago and it was given to me , I was very thankful! I have nothing but a great review for Will and the crew. Moving was very overwhelming and they took over and got the job done. The only thing I recommend is to have someone come to give you a visual estimate , not over the phone.

The easiest part of moving...was moving with this company!  I had a fast, reliable and wonderful experience with my moving team.  My move was in early October and I don't regret choosing this company for my move.  All my numerous questions were answered and I will happily return as a customer in the future!