Established in 2006. We are a full service moving company with various locations nationwide 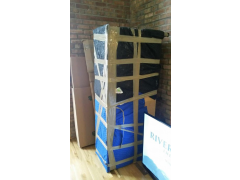 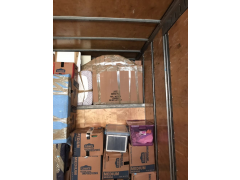 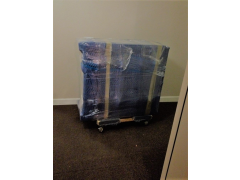 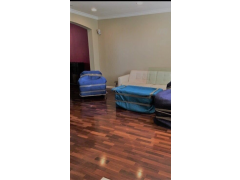 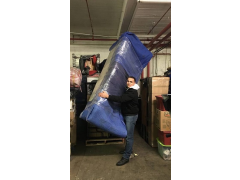 No one likes moving to a whole new place, especially when there's furniture and fragile items involved that you want to stay intact and undamaged. You can always rent your own truck to move items to your new place but that's a whole lot of work in my opinion. Moving pros was especially helpful in making it less stressful and making sure that everything was gonna get there in one piece without anything getting lost or damaged. I stressed concern for a few items that I was particular worried about but it seems that I worried for nothing. Between having to worry about the whole moving process and getting everything done, you can trust this company in getting your things delivered in one piece. This was one less worry to have to deal with. The price was very affordable compared to other moving companies as well. I would definitely recommend this company to others and I would be using it in the future if necessary again.

Warning before using this company - many damaged and lost items.  Lack of customer service to assist with this issue and any reimbursement is a joke.If you want any of your personal furnishing to be safe, secure, handled with care, arrive in one piece, and even arrive - DO NOT USE THIS COMPANY.Let me start off by saying I have always moved my own furnishing, and I have never used a moving company before. After this experience I will never use a moving company again.  Let me share my story:I was moving from CA to PA. So, I looked at many moving companies and found one that I thought looked reputable, "Moving Pros Inc.".  I called "Moving Pros Inc." and spoke with Joe, their sales person. I explained to Joe that I was moving CA to PA and provided my move date. Joe precedes to tell me I could still get the winter rate and a discount because I could piggy back on another move that was moving from CA to PA if I book "today" (That is the only good thing that happened with this move, and where the bad proceeded.).Without the contractual 24 hour notice prior to their scheduled arrival date, the movers showed up at about 1 pm, 3 hours later then their agreed upon scheduled time, and in a local rental truck. That should have been my first clue, I should have known there was going to be problems, but since I had never used a moving company before I assumed this was normal. Besides the local rental truck, one of the employees had a very strong order that smelled as though they had just finished smoking weed.  Another clue was the rental truck did not have a lift gate for loading my Harley, which the company's sales person "Joe" indicated they would provide. Well they began to go through and mark each item with a sticker (yes I said "sticker") which was to be the lot number to identify my furnishing at their warehouse and throughout the move. When I spoke with Joe he indicated that my Harley motorcycle would have a special crate created so the bike would not get damaged during the move. No crate was provided, and no lift gate was available with the local rental truck so the only way to get the bike on the truck was to ride my Harley up a ramp to load it on the truck for them. When they were done loading the truck their foreman told me I was way over my original estimated weight, and that I had to pay an additional $200+, at this point all my items were on the truck and I needed to get to the airport so I paid the difference because I basically had no other chose.Fast forward many weeks later. The moving company arrive at my new PA location to deliver my items. To my disbelief, the company once again showed up in a local rental truck, and without a lift gate. When they pulled in to the driveway I noticed that some of my furniture was strapped to outside (yes I said, strapped to the outside) of the local rental truck. It rained the night before, and the items strapped to the outside of the truck were water damaged. That was just the beginning of the bad that was about to come my way. My furnishing started coming off the truck and several of these items were damaged, my leather love seat arms were all scratched up, Office desk was scratched and had a hole in the top of it. Now for the coup de grÃ¢ce, my Harley was not in a crate as promised by "Joe", and was badly damaged, the gas tank is dented, the front fender is dented, and scratched the rear fender, the running light shield is missing, the tail light chrome is scratched and the clutch handle is completely snapped off. To add insult to injury, the truck had no lift gate, the employee proceeded to lift my bike (ok that was impressive) to move it into position to go down a ramp. After the shock of all this, the fun keeps just kept coming. During the unloading, not only did I discover all the damaged items, I also discovered several missing items. This company somehow lost 3 computer monitors, the side pull out for my desk, Bose speaker system for my TV (but delivered my TV), 4 different power tools, the foot board, and part of the head board for my bed (but got my mattress and box springs and the rails to the bed here with no problem), a book shelf, and (again we must have another coup de grÃ¢ce) they somehow were able to deliver only 2 out of 3 of my guns all that were in gun cases, they lost my 243 Winchester rifle with scope.  I don't know about you, but I think this companies so called "sticker" method isn't full proof.Now at this point I was told to contact the head office, shocker no one ever picks up and always goes to voice mail. After a few days, I finally was able to talk to someone, who proceeds to tell me I need to file a claim, and since no one really explained the insurance needs I am only entitled to .60 cents on the pound for the damaged and missing items, plus the claim will take up to 120 days to process. Attached are pictures for you all to view. Once again, I caution you, don't have what happened to me happen to you.  Don't use this company.

THIS IS A SCAM. Please save yourself the time, money, and heartbreak by avoiding this company at all costs. Expect your quote to at least DOUBLE once they have all your things held hostage on the truck. Spent many hours on the phone with manager (Ryan) begging they decrease the price after misleading us on every count that the move would be affordable and under our budget, only to be told that they could care less about disgruntled customers. Turns out Ryan, who answers the phone when you call their general number, is the only person you are allowed to speak with at the company and is sure that upper management would not like to speak with you no matter how terrible of an experience you have had.In addition to being completely run for our money, they were late, distracted by their cell phones, and our boxes arrived looking completely CRUSHED, FRAGILE BOXES UP-SIDE-DOWN, and FURNITURE BROKEN.After many tears and total frustration over not being able to afford to pay for our things held-hostage for an outrageous price, we got to re-live the pain as we unpacked all of our shattered belongings.I thought using a mover like this meant that professionals would be able to pack and move my things better than I could with a Uhaul. I have moved countless times and never broken anything, these guys DO NOT CARE ABOUT YOUR OR YOUR THINGS.....AT ALL.

I BEG YOU. DONT MAKE MY MISTAKE. READ CAREFULLY EVERY REVIEW ABOUT THIS COMPANY, DONT SETTLE FOR THE SUSPICIOUS 5* REVIEWS THAT LACK DETAILS. I regret being naive and not doing more research. Please feel free to contact me regarding any detail of my experience with this company. This is how these people are going to abuse your trust:1)the switch and bait: you will be contacted by their point man, Ed. He is a real artist. He fooled me gaining my trust and telling me horror stories on other companies and how they are a local company and they are really attentive to you and your stuff and punctual. He will then proceed to give you a competitive estimate.2)the trumped up charges: when the foreman actually shows up (2 hrs late) he will tell you that you've exceeded the cubic footage and will double your charges. In my case I don't know how is it possible to undershoot the estimate by 50% given I was moving 10 boxes (that were actually 12 in initial estimate), an IKEA minimalist bed a tv and a 3 seater sofa. To be completely honest I have to say that the movers were actually fast and knew what they were doing although haven't seen my stuff yet.3)the late delivery: despite all the reassurances and (empty) promises every step of the way that your stuff will be delivered in the window +/- 1 or 2 days no one can actually give you an estimate of the actual delivery date (and they cite the fact that by contract they have 21 days despite the verbal agreement I had with all of their employees). It has been 4 days and delivery estimate went from the actual day, to 3 days later, to a week, to 2 weeks. The nice Ed is not available on the phone anymore and you can only talk to Ryan which has an attitude and hung up the phone on me.Will continue posting every day on a different platform until my stuff is delivered.If you're a professional, you live by your word and need to start your life in a new city don't trust these people, do more research before hiring someone.

Do not fall for the 5 star reviews.  I seriously question the legitimacy of those reviews.  This company bait and switched, lied, and stole my belongings.  They held my belongings hostage and increased the price by 50%! When I paid it and asked for my things it wasn't until they were 30 days past my delivery date that I actually got them. My boxes were cut open. Things were removed.  This company honestly should not be in business. They refuse to help me. Please please do not use this company.