Serving Long Island, New York, New Jersey and Connecticut since 1945, Molloy Bros. is the local family moving company you can trust to move your family, and your memories, whether you're heading across town or across the country.

Established in 1947. Molloy Bros has represented major van lines from the 1950s to the present.  In 1998 the compnay joined forces with Mayflower, one of the largest and most well known name in the moving business.  Mayflower recognizes that Molloy Bros as a leading agent and has presented the company with several awards including the Admiral's Club Household Goods Award, The Million Dollar Club $4,000,000 Plus Award ane the Customer Service Heart of Quality AwardToday Molloy Bros is one of the largest agents for Mayflower.  This relationship gives customers the advantage of working with an experienced local professional moving company as well as having access to a vast network of agents across the United States and abroad.  this depth of support is unmatched in the industry, and follows the Molloy philosophy of managing a client's move from day one through completion. 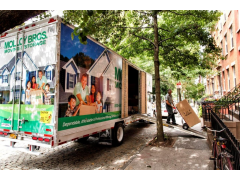 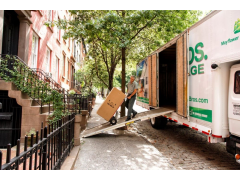 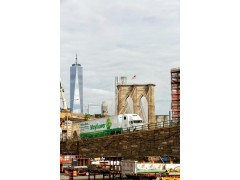 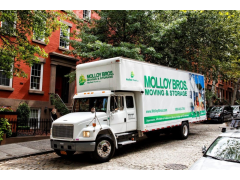 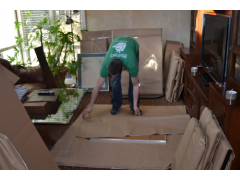 This company has many locations so I just picked one to write the review. Although, the one I used was in LI...I think but I live in Manhattan and they came in to do their thing. After some horror encounters with some other companies I decided to go with this company b/c I used them before in the past and they were very punctual.I am amazing at their systematic fashion to moving. They were here early, packed up everything with appropriate labels for the move the following day. I was just watching the efficency of the guys. The following day, they were just as organized. Got there early, moved everything out and moved everything in...carefully and thoughtfully.I was very happy with the service they provided and although, it was relatively costly (2k), I felt I got my money's worth. No frustrations and they put everything into their appropriate places. All I had to do was open boxes and unload. THey were already in the right rooms.

After storing with the Molloy Bros for six months, it was time to move into a new apartment in Manhattan.  Diane Gaines was amazingly attentive and made making all the arrangements easy once again. The cost was beyond reasonable and the move was almost too smooth! Moving is never easy but hopefully I'll never have to do it again without Diane and the team at MollyBrothers!

Molloy Bros, did a fabulous job on my move from NY to Florida.  They were efficient, courteous,and on time.  Would highly recommend them to anyone who is making a move.  There are no hidden charges or fees either.  You will not be disappointed.

Molloy Bros. provided great service for my move from NY to Miami. They were so helpful with this process and followed up immediately with any questions that I had. Also, the movers were great and very courteous. Diane Gaines, Sandra, Cooper and Ethan thank you for making my move smooth. I even recommended your service to my mom for her move and she is very happy with your service as well.

The sales rep was a really nice, understanding, fair guy. We appreciated his knowledge and advice and fair pricing. We were confident from his professional appearance and experience that we had the right moving company. The movers who came to pick up were exceptional. They were really great at taking all precautions they could with big bulky and fragile furniture items. They didn't complain about heavy items, they just did their job and did it well. The driver was very good at keeping on top of everything, the tagging of items and the order of which the movers should load and unload. After everything, only one book shelf was lost, which was disappointing but, this was a big move from ny to Florida so, we didn't stress over that. We want to highly recommend this company and their employees. They are very reputable and per our experience were dependable and worth the price. They delivered in a reasonable amount of time, were always early in the day they were scheduled, very well done, hard workers, not complainers. We were very happy overall except for a few things but, again, we mainly trusted them and the trust was not for nothing. We had a lot of boxes and they all got here as far as we can tell. It pays to go with a company like this that has been in the business for so long! They don't take payment until the end and everything looks delivered. Trust me, it is worth using them for your move. I hope you too have a great experience. Also, as a side note, Hope was very compassionate and helpful, very professional.