We are specializing Â in :Moving Services Load & UnloadingPack & Unpacking Assembling & Â DisassemblingPick up & Delivering Ikea pick up & Ikea DeliveringAnd much more. if you don't Â see what you are looking for.Do NOT hesitate to grab the phone and give us a call or go to our website and shoot us email. we will be glad to speak with you :)

Established in 2012. Man With Van New York was founded in May 2012 by Marcelo Souza after he lost his job. He started helping a few friends with their moves need from one apartment to another, and running a few errands for people with his van. Within no time, Marcelo found that the word had spread and suddenly he was being asked to do more jobs than he could handle. So he had to buy another van and take on and train an employee, showing him how to pack and take care of people's belongings as if they were his own.With high eficiency and quality the word spread fast further so that today we have no fewer than six vans and plan to expand. Our aim is to continue to provide a top quality service at extremely competitive rates. We don't make any hidden charges like a lot of companies do.You can hire us by hour or by flat rate,what we quote is what you pay, and not a penny moreWhen you need a man and van you won't get a more efficient, reliable service anywhere in the city. We guarantee to arrive on time. 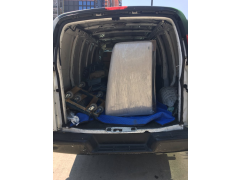 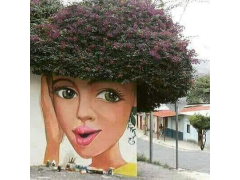 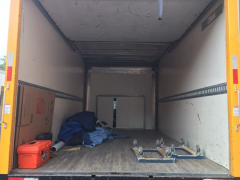 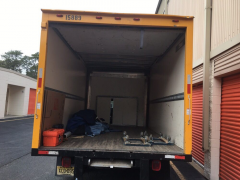 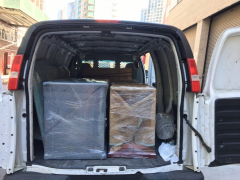 Excellent service. I called and within minutes received an acknowledgment of request. Love that they are always available when you text or call. Professional service. Professional delivery. Very rare to find great, reliable, reputable moving companies in NYC. I recommend this company and will use again when I move. 100% A+

I'm the worst planner in the history of planning. Last second chaos missing in your life? Well, not in mine. I needed a mover, ASAP. I googled Man With A Van, those guys we've all seen around town with the red van and the stick figures moving stuff on the side of the van. For whatever reason, I got these guys. Back in the day, Man With A Van was on Craig's List and no one had copied his shtick yet. Well, there's easily a dozen bootleg versions of that company out there. These guys are one of them. Drunk on a friday after a stressful week of work and life, I called from a bar thinking I got the original guys. I got some dude named Steve, who had a heavy accent, could barely hear him (because my phone sucks) so therefore, somethings may have been lost in translation. "Steve" was very eager to close this job, but I told him I wanted to move on Sunday.  I called a bunch of movers that day, some said they'd get back to me, the rest laughed at me for my last second request at the end of the month (very busy times for movers, obvi). Only one called back, our boy Steve. Fast forward, I woke up a tad hungover at about 11am the next day. Steve texts me if, " 2pm will work". Confused and full of urine, I walked toward the throne and looked at my phone perplexed. We bantered back and forth, him mainly insisting I told him I wanted it done today, but was available for Sunday, as well. He never asked me for specific detail with what was to be moved like normal movers. Insurance was never even brought up. I basically told him everything can fit in a van. My spider senses sensed a possible shady situation. But, your boi is all about getting stuff done, albeit in a chaotic manner at times. After pushing out a watermelon, I felt rejuvenated and thought... "let's do this, Brutus !" A few hours later, Fabio and Andre arrived at my storage dump, er, unit and both seemed sober. That's called a win. They moved what was basically a large closet. They even stopped by my old crib to pick up a few small tables and a large box at no extra charge, because it was on the way. Fabio and Andre were polite and careful with my crap and even let me ride dirty in the back. Pause. The tab was $99 an hour, with a 2 hr minimum. It took an hour and half, so it was 2 bones. The only awkward thing was Fabio put a $40 tip on the invoice. He said, "...it's normal for us to get this as a tip, if that's ok".  I was gonna give them $50, but oh, well. Yes, you can pay with a CC. These guys were the cheapest quote and agreed in a pinch. Yeah, it seems a little shady, but at the end of the day, they got the job done fast, efficiently and professionally.

This was an awesome moving experience. They showed up to my apartment during the time slot I asked for and moved my stuff from New Jersey to New York in 2 hours flat with no issues. Highly recommend!

The best movers I've had in 6 years living in NYC. I would 100% recommend them to friends and use them again. They were reliable, reasonably priced, friendly, efficient and nothing got broken!!! Cannot rate them highly enough. Thanks guys!