This is my company
Moving? We can help. Express 1 Moving has been moving families and businesses for years. Our expert staff can help you plan your move across the street or anywhere within our professional movers will make sure your things arrive at your new home safe and on time!Call Now! 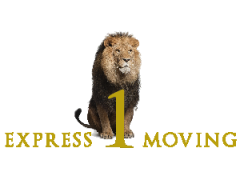 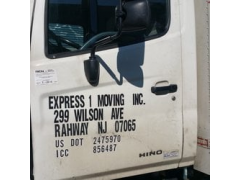 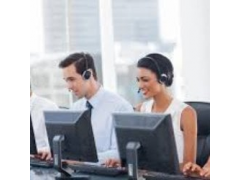 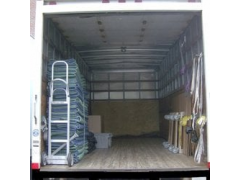 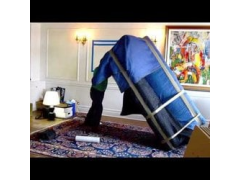 A mixed bag all around.  I retained Express 1 to do a move of just boxes (50) from Connecticut to NC.  Express 1 provided the lowest quote and as the items to be moved were not terribly valuable I thought I'd give them a try. I definitely agree with other reviewers that Hannah was curt at best and in the end not at all professional. In addition, for one of the three payments, I gave Express 1 a credit card number, which shortly thereafter had several attempted fraudulent charges (Barney's, Steve Madden, Forever 21) for women's apparel.  Given the general lack of professionalism, and the timing, I would not be surprised if the fraud occurred via Express 1, but I can't verify that. My dealings at others at Express 1 (e.g. Chelsea, Brandi, and the movers themselves) were more professional. Then, the moved items were promised to me within a week of pick-up, but they did not arrive until two weeks later.  I could not get updates from Express 1 during this time.  I also understand this is par for the course with many movers. (This was my first move of this type so I can't make direct comparisons.)  All that said, the items did arrive (sometimes they don't with movers I have learned) and I did save hundreds of dollars with Express 1 compared to other quotes.  Was it worth it?  For my particular circumstances, yes.  But note I was not moving furniture so this transaction was not typical.  If you do go with Express 1, I'd be careful about the means of payment, and take their delivery estimates with a grain of salt.

Hannah is highly unprofessional and rude. I requested a quote and, not being aware of the process, I told them I can get more in depth with my inventory when I know if i'll be moving for sure. I realize quotes are variable but I trust my judgement since I have a small home. Hannah became very upset at me and asked me "well why did you request a quote". I tried explaining that I thought it was a simple process of getting a round about figure. After I said that, she goes "thanks." and hangs up. So I called back just to get the name of the company: Express 1 Moving. It's not a potential customers fault that these moving quote systems are not setup to give a round about quote. Not all of us are actually certain to move unless we have a round about estimate of the expenses. For this lady, Hannah, to call me and treat me disrespectfully? Really? You will NEVER get my business! Who has time to deal with petty tantrums??After posting this, I did a search on my Inbox only to find that I was already quoted for Express 1 Moving. So, is this their way of getting upset because I have not decided on my move yet? Great! Add that to their reputation: disorganized and rude company. What a shame. This company seems new and they are already treating potential customers like trash!

They are FRAUD. I am experiencing the same as all of you. They charged me more than $1000 already and are not picking up my phone or replying to emails.I have filed a complaint against them on nccdb.fmcsa.dot.gov. My items are also with them and I have no idea about  what else I should be doing. Any suggesstions?

I had a great experience with express 1! They packed and moved my whole place quickly without any damage to any of my furniture. I only had a short amount of time before I had to be out of my place. Thanks to them I was able to get everything done in time!

This moving company is UNPROFESSIONAL, FRAUDULENT, DOES NOT HONOR WHAT IS ON THEIR CONTRACT, THEY SUBCONTRACT YOUR MERCHANDISE OUT, HOLD YOUR FURNITURE FOR WEEKS AND TRY TO COLLECT A RANSOM..My problem with this company began the day they arrived to pick up my items for delivery. I arranged for my furnitre and items to be picked up on July 29th,  I spoke to Sally on the phone. My items were being shipped from 2 different locations, the driver arrives and tell me he would be picking up one delivery and leaving the other for another day, I was adamant that my items needs to be shipped together. I was able to get this able resolved..LET THE HORROR STORY BEGIN.....LIE # 1:  THe driver asked me what is the earliest date I would like my items delivered, I told him July 5th. He said okay.. Needless to say my items did not arrive until JULY 25th, approximately 3 weeks after they were pickedf up. I called Express 1 Moving numerous time, was told in email my items would be in 7-14 business day.. I was told on the phone by Angela that by law they had 21 days to deliver my items, i called protectmymove and was told that that is incorrect, delivery dates should be written in the contract and that is not handled by DOT, but I can file a complaint, which I intend to do. This company only has 1 truck, and they subcontract your work to whoever is willing to take it for the cheapest price and your stuff gets to you when it gets to youLIE#2: WE  do not subcontract is clearly stated in my contrace. My furniture was delived by A to B Van Lines and not Express 1 Moving, I took a picture of the A to B Van Lines copy of the receipt, to show this. The people that showed up here were unprofessional and fought and cursed the entire time they were here.I need to know that if you pick my furniture up you will be delivering it as stated, because I need to know who to sue when my items are damaged.. I did not enter into a contract with A and B I entered into contract, I hold them fully responsible for the fiasco that occured yesterday.LIE#3: We will call you 12 hours prior to arrival..I received a call at 12:20p.m. on the day they decided to bring my furnitiure stating that the driver would be there at 3 p.m. I contacted the Angela and told her I was not given notice and I cannot leave work, she said she would call her "dispatch" aka her subcontractors, and let them know I would be there between 5 and 6 and I would not have to pay a fee..She called me back at 5;00 p.m. to state that I had lied to her about recieving a call from the company, they spoke to me and she could not help me and she hung up the phone..I have been waiting for my items for 3 weeks do you seriously think that I would not remember speaking to someone about my delivery and make arrangements to receive my furnitre..That was the last I heard from Angela... The driver informs me that he had already left and was on the highway and I would have to pay $600.00 for him to come back..SERIOUSLY.. I informed him, Angela and his supervisor at Express1 that I would be calling the police. My intentions were that if my items were not delivered as scheduled for the arranged pricea listed in my contract I would report my items was stolen and deal with the authorities from there on. I will not be ripped off, robbed and conned by their bait and switch tactics.. The driver returned 45 minutes and requested payment before he opened the truck. I told him no, I need to see my furniture, before I pay you, how do I know what you have on the truck???This stand off lasted for about 15 minuted until the truck was opened and he put my items out.. THe 3 movers fought from the time the got there until the time they left it got so bad that one told the other one that "he did time already" and he will go back and they have to kill him, etc, etc..so much for having movers that were background checked as listed in your advertising..At the end one of the guys had the audacity to apologise for the fighting and the bad experience,, I do not blame the guys who showed up here driving the truck because they simply follow orders, I put full responsibility on Angela/ Sally, who Express1 and AtoBI work in customer service and I have never in my life experience anything like this. It was 3 hours of complete lies, stress and unprofessionalism. I will be contacting the BBB today as well as the DOT to lodge formal complaints about the illegal practices of both of the companines..