Zippy Shell Incorporated is a portable storage and moving company, based out of Georgetown, Washington, D.C. It is the fastest growing franchise business in both the storage and moving industries. We like to keep things simple. We deliver a storage container to you and your stuff gets loaded. All you'll need is 2-3 days and then  we'll pick up your shell and store it safely. Need something from your shell or to have it delivered to your new place? Give us a call and we will deliver your stuff back to you. It's as easy as that.

Established in 2007. Zippy Shell began in Australia in 2007 by founder Gareth Taylor and Adam Gilchrist. Zippy Shell was one of Australia's first mobile storage businesses to operate in the country. It operated for two years, building a customer base of over 500 customers before being sold as a Ã”Master FranchiseÃ• to Grace Removals Group, one of AsiaÃ•s largest moving companies.In 2010 Zippy Shell USA, LLC launched in the United States. The previous success of the company in Australia was a clear indicator that the business model would work in the United States. The service remains competitive with the simple formula — give the convenience of portable storage at the cost of traditional. Zippy Shell USA, LLC became incorporated as of June 2015 and now is formally identified as Zippy Shell Incorporated. 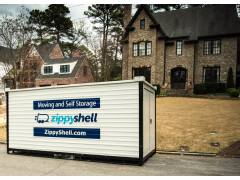 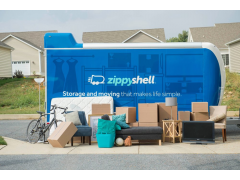 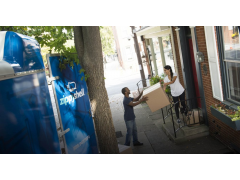 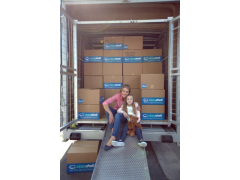 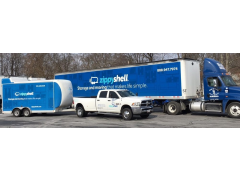 We all know how much moving is a pain in the butt! My driver Kevin called a day before to confirm my times, etc.The day I requested for my shell to be dropped off, I was informed just a few hours before that there were issues and my shell would be dropped off at my requested time. Well, that didn't happen and Kevin advised it was going to be much later. I was not a happy camper and I made sure Kevin knew that. However, he made sure another driver came out with the shell and by golly, I was so thankful he went out of his way to find out who could do the drop off. The driver, I believe Willie is his name, was so pleasant and I could not thank Kevin enough with working it out and finding a way to have it be at my house. Not to mention, he also took the time to help unpack my boyfriends shell not only to help us out but for us to help him out by saving him a trip. Despite the lack of follow up somewhere in between, Kevin was professional, courteous, explained the difficulties they were having that caused the delay but still made sure we were taken care of on way or another. It sounds like there needs to be better communication on the back end but the end result was superb. We were extremely satisfied and all impressed with how close Kevin was able to park two shells so close to one another!!! Like he says, "Just another day in the office!!" Thank you Kevin!!!

I can't comment on the actual shell and storage because we ended up canceling last minute due to a change in circumstances, but the team at Zippy Shell couldn't have been more helpful or responsive. Due to flooding, we had to schedule movers and storage very last minute so we could get our floors redone. Zippy Shell was able to fit us in last minute AND find us movers to help move our furniture into the shell. They still offered to coordinate with the movers after we canceled the shell and storage, over the weekend no less. We're dealing with an incredible amount of stress, logistics and costs from this unexpected flooding and really appreciate kind people with good service like the team at Zippy Shell.

Kevin and Zippy Shell helped us with a major moving project.  Kevin went above and beyond to help get the job done.  I was very impressed and will use them again in the future.

What a great experience!  I started this whole transaction with Sherri Tretina, who was wonderful.  The customer service center called  and scheduled my storage unit, which I intended to keep on site for a month, sent my contract, and the unit was delivered as promised right on time.  The trailer was extremely clean inside, and easy to use.  Thank you very much for the awesome service Zippy Shell!!Paul

So pleased with Zippy Shell's Service. Kevin Schlutt was so helpful and informative! We're confident Zippy Shell is the way to go when planning a move! Thanks again Kevin!!