Having completed more than five million moves, Two Men and a Truck® is the nation's first and largest local franchised moving company in operation with the goal of exceeding customers' expectations every day. Nationally the brand employs more than 8,300 team members. You'd never know it because a small-town, friendly feel is what the brand embodies -all while setting the industry standard for professional and personalized service. Move teams are able to handle any type of move: business moves or home moves — whether it's an entire corporate headquarters or a single piece of furniture. Flexible schedules are offered in order to meet customers' needs, with availability on evenings and weekends. The expert move teams are fully trained, licensed, and insured. Our top-notch movers work hard to live up to their reputation of being the «Movers Who Care®», and with a 96% customer referral rate, the success of Two Men and a Truck®'s secret sauce is apparent to their millions of happy customers! 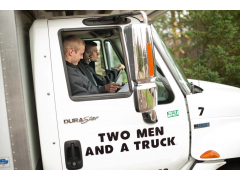 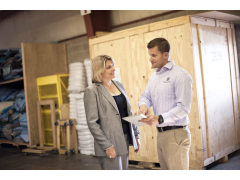 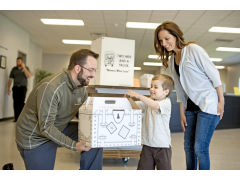 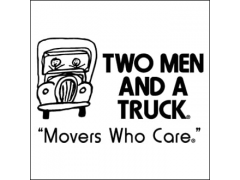 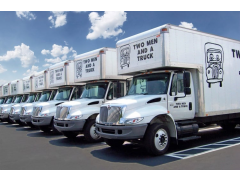 Reviews of Two Men and a Truck Orland Park

Had a great experience with Kyle, Zan, and Marlow. Fast and efficient! I'd highly recommend  this crew.

Just had two men and a truck move my friends entire house! Robert,Josh & Mike:) Showed up on time and ready to go. Very professional, courteous and careful with all of her precious belongings. Their prices are way below any competitors. I would definitely recommend them to anyone looking to make their moving experience a little more pleasant.

Used two men and a truck to move across the country. With 8000 lbs worth of belongings. Two men and a truck should change their name to two super heroes and a truck. Kyle and Ryan loaded my stuff up and got it out to me in a just a day. Even with a blizzard in their way! They wrapped my door and floor in protective material and put every single box exactly where I needed it to be. Which made unpacking a million times easier. I said it once and I'll say it again. I wish that I moved all the time. They were so timely that the next day there was still a chunk of snow in the street that fell off the undercarriage of the truck. Fantastic experience.

I ordered these guys a few months ago and I was very hesitant about hiring movers for a handful of reasons and nervous because it was my first time moving. Let me tell you the office,staff and movers helped make my moving experience stress-free and fun. I'm really happy I chose this company first. The movers who came were: Ryan,Lamark & Dylan ... all of them we're excited to get to work , really friendly and gave me great advice for future reference. All of them knew what they we're doing and we finished under the estimate as well. I couldn't ask for more from an ELITE group of movers like these 3 individuals. These guys wrapped everything to ensure that my stuff was secure which reassured my worries about my stuff breaking.I highly recommend Two Men & A Truck to everyone! Yes, they may be a bit expensive but when it comes to your stuff and having it treated with grace, who wouldn't to go the extra mile? My movers we're the best,they enjoyed the hard work and with warm,friendly smiles on their faces. They deserve a raise!!!

I received a phone call with a time estimation and they were right on time.  The movers, Addison and David, were efficient, polite, and very capable.  They wrapped my furniture for storage and easily moved everything to where it needed to be.  I would highly recommend this company.