Fox Movers Inc. is a Chicago Moving Company that is a locally owned and operated moving business specializing in homes, apartments, offices, condos and retirement homes. Our Chicago Movers have the capacity to coordinate any size move, to any place at any time.A successful move is well planned. From the very first phone call to moving your family into your new home, apartment, or condo, we leave nothing to chance. Our goal is to provide excellent, stress-free service at a rate that you can afford. From the free, no-obligation, in-home estimates, to pad wrapping all of your furniture before it leaves your home, our movers are trained to treat your belongings like their own!

Established in 1924. Modern moving with old fashioned care.  We are a family owned and operated company. 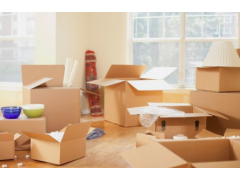 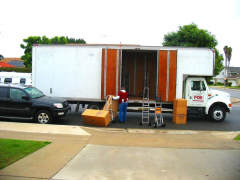 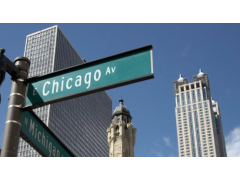 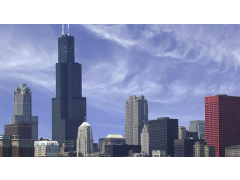 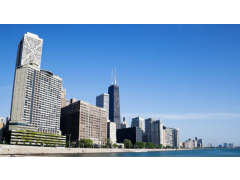 I was shopping around for a moving company in Dec'20, and after receiving estimates from 7 companies, I decided to hire Fox Movers, Inc. I told Ruby about the details of the move, including the move to and from addresses (about 1 mile apart), descriptions of the 1 bedroom furniture, and also emphasizing that I had an office, a treadmill, a grill, and lawn equipment (no boxes). The service I requested, which was also included in the estimate, was for "1 Truck/s, 3 Workers". Total estimate was for $460 and only included the 3 hours at $115 plus a single travel time charge of $115. (As a side note, their related company, Family Moving & Storage, provided the same exact estimate, and all of the other estimates charged by the hour with a travel fee, no additional fees). Payment options were limited and I prepared to use Zelle. 12/21: First, they brought a 4 man truck and forced me to pay for the 4 man service at $130/hr plus $130 travel time charge. Second, I was told there would be an additional $150 handling charge for the treadmill and riding lawn mower, and then an additional $60 for using the lift gate on their rented Budget truck. These charges were not part of the original estimate (nor were they on any other moving company estimate). I literally told Bob that in order to avoid the extra fee, I was willing to drive the riding lawnmower the 1 mile to the new home. Third, I was told that Zelle would not be an option that day due to issues at the bank. I was told that I could go to the bank to retrieve cash and that the clock would be paused during that time (meaning it would not be counted toward the $130/hr). Fourth, I was also told by Bob that as a courtesy, the riding lawn mower would be transported at no charge, but later I was told by Ruby Preston that the $60 lift gate fee was for the riding lawn mower.
The invoice total ended up being $730 which is $270 more than the original estimate. I was in no position to reschedule the move and I was assured by Bob that I could file a claim for some of the additional charges. Additionally, I saw on the estimate that payment would have to be made in full before they would unload the truck, and I feared what would happen if I tried to postpone payment. Therefore, I signed the papers and paid the cash. I filed my claim early Jan'21 for a total $385 ($160 overcharge for 4 men instead of 3, $15 overcharge on travel fee, $210 for surprise handling and lift gate fees). Additionally, the actual move time was 2 hours. The papers show 11 AM to 2 PM, but those papers were signed at 12:20 PM and they left no later than 1:30 PM and this includes 30 minutes during which I went to the bank to get cash and was told the clock would be paused. In my claim, I also provided feedback regarding some issues with the service, from being late to improper furniture assembly, but I did not request any monetary reimbursement. My main concern was the overcharging. Fox Movers, Inc. Claims Team made their first settlement offer early Mar'21 for $60. In the claim letter, they also stipulated that "Based on the satisfactory and agreed upon settlement amount of $60.00, I heareby release, acquist, and forever discharge Fox Movers Inc... from any future... internet or any other media reviews. ... I further agree to remove/update any and all online reviews" This is a violation of the Consumers Review Fairness Act as it attempts to gag me from sharing my factual experience with the company. In my response on that same day, I told them that I was prepared to take Fox Movers and their owner Vazgen Gasparyan to small claims court, unless they were willing to settle at $280.00 (trying to reason that they still get paid for 4 men but only at the 2 hour actual time, and to remove only the handling fee, give them benefit of the doubt for the legality of the lift gate fee). Their response on 3/10 was to settle at $150. I did not accept this. I have since filed a complaint with the Federal Trade Commission, IL Attorney General, and the Better Business Bureau. If needed, I am prepared to take them to small claims court in order to receive the full $385 refund that I believe I am entitled to.

TLDR: Their estimate was for $460, they charged for a more expensive service plus added additional charges for total $730. Move actually took 2 hours for about 1 mile move. They were late, forced me to pay cash, broke their verbal promises, did not assemble furniture correctly, and were slow in responding to my initial refund request.

Stuck to estimate and worked quickly. Would recommend Maurice as he was the most professional. Foreman complained about the tip not being perfectly divided into 3, but required cash. The ending wasn't great.

AVOID AT ALL COSTS! The movers showed up an hour late and one of them was drunk during the move. Then they weren't even able to finish the move and the drunk mover chipped our door. Months later and still no settlement on a claim from their office. SAVE YOUR MONEY AND TIME AND AVOID THIS COMPANY!NO STARS!

I've never had to write a review because no business has ever been this bad to me....NEVER use Fox Movers, trust me it will save you time and a headache.I needed to move out of my condo I set up an appointment with them very ahead of time. They gave me a 1-3pm window where they said they would be showing up. Around 2:00 I got a call from them saying they are running late and if it was okay for them to push back to 3-6pm for them to show up. I did not really have a choice so I said okay that's fine, I asked them to hurry if possible. The lady assured me it should not take longer than 6pm.It is now 5pm and I am getting worried, I gave her a call. She did not know where her movers were and she said she would call them and give me a call back in a few mins. 15 mins roll by and I HAD TO CALL HER. She picks up saying they did not respond to her and she would let me know once they get back to her. How do you not know what your OWN movers are doing?????????I call again at 6pm, looks like she was off duty because she was not picking up anymore. In her voicemail there was a after hours number she left. I called the after hours number and a very rude guy picks up. Basically he said they are on the way they are dropping off the stuff for the last move. I was so fed up with this company (if they can ever call themselves that) at this point.Here is where it gets worse. This guy had the nerves to ignore all my calls after that point. I know this because I called multiple times using my number and he ignored them after 1 ring. I asked my girlfriend to call after 10 attempts of calling him. He picks up up straight away because of the different number... He had the nerve to yell at her when she called saying the movers are on the way stop calling.... They knew I had to get the move done before 10pm since my storage place would not allow me to get in after. They did not care at all. I gave up on them after multiple ignored calls and horrible management/customer-service.Around 8pm I have not heard from them I was starting to make other plans to get my move done.The audacity of this company, they call at 9:30 asking if they can still drop by to make the move and said they are 45 mins away. I was shocked at how brainless they had to have been. You guys missed my 1-3pm window and tried coming after 10pm when I clearly told you guys I cannot use my storage after 10 pm.This was probably a blessing in disguise, DO NOT USE THIS COMPANY. HORRIBLE MANAGEMENT.

They made my move a lot easier and affordable than I thought it would be. Scheduler was very flexible and helpful.  The 3 man team who moved us was great -  professional, polite, and accommodating. When I asked them to add a stop to deliver a few items to my sister's house, they were happy to help.  Would definitely recommend and use them again.