Established in 1991. Economy Moving is rated by Business Consumer Alliance as «AAA» which is the highest rating for a  mover in Los Angeles County.  Economy Moving is a licensed, insured, local and long distance, full-service moving company.  We'll provide references upon request. We are family owned and operated. 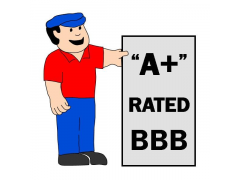 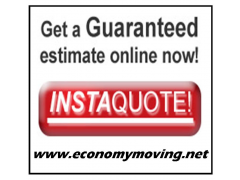 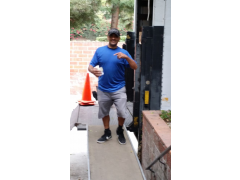 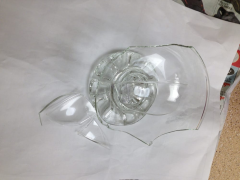 There's one review that says these guys were slow. I have to disagree. They did a great job with my move. We moved from a 4 story apartment building to the second story in a smaller apartment. These guys took all the furniture up and down stairs! No elevator. All of our wood furniture was blanketed and taped at no extra charge.Realistically speaking, these guys did as good a job as I would have asked for. I recommend them.

My husband hired Superior Economy Moving to handle our move almost a month ago, and we're pretty pissed that we paid so much for these movers.Below is an excerpt from my email to Jack, the owner, who has yet to respond; it's been about two weeks since I've contacted him and no response."Quite a few of our things broke during the move (things that never broke when moved by professional movers in the past). We had boxes full of glassware that were clearly labeled FRAGILE on our boxes, but for some reason, we noticed heavier boxes were stacked on the aforementioned glassware boxes. In fact, I had to indicate to [the first mover] and [the second mover] that the boxes were clearly labeled on each side (FRAGILE, bedroom, living room, kitchen, garage, bathroom, etc.) multiple times; I also wrote on TOP of the boxes as well, in case they missed it.Some things that broke due to improper stacking include: dessert bowls that have been in my family for decades and beverage glasses we received as a wedding gift; as you can see, these are things have personal meaning to us and can't easily be replaced.One of the movers rolled our wheeled cart down a set of stairs and somehow dropped it/let it fall over on concrete steps. Inside this cart was very expensive liquor and alcohol (easily hundreds of dollars worth); there were also two very fine bottles of wine that we purchased from out-of-town and could not simply repurchase from a local store. My mother witnessed the cart falling over twice. The incident was brushed off as no big deal when my mother confronted the mover about it.Also, when the elevator at our apartment complex was shut down due to a fire alarm, one of the movers complained about having to use the stairs throughout the duration of the move; it was very unprofessional from a consumer standpoint.This was all before we even got to the new address. At the new apartment, [the first mover] and [the second mover] left multiple marks, dings, and scratches on our walls and doors. We expect a few minor dings here or there during a move, but the marks on the walls were simply due to, what I believe to be, carelessness.Again, more complaining about the stairs and how heavy the boxes were once the movers got to our new address. We thought we made it clear that there would be stairs at both apartments.Some other general complaints about our service include:The length of time of our move. We've had professional movers finish packing/moving a two-story, 4-bedroom home in less time it took for [the first mover] and [the second mover] to move our 1-bedroom apartment. 9 hours to move a 1-bedroom apartment to a 2-bedroom apartment is, in our experience, very slow for professional moving. After reading another Yelp review about your business, it appears that this is not an isolated incident? My husband, mother, and I all agree that the movers significantly slowed their pace early in the day, which wasn't fair to us because we believed it would take about 4-5 hours total -- not 9 hours.With regards to price, we were quoted something significantly less over the phone (~$400 though we do expect a higher cost at times), but at the end of the day, we paid almost double the quoted price due to slow movers, in addition to damaged goods [...]"I'm pretty sure I had a very similar experience to Tina B's. I, too, requested to be reimbursed for the damaged goods and walls/doors and it's been dead silent ever since. Given that the movers were nice gentlemen, that doesn't excuse sloppy moving at a glacial pace. Never again for us.

Outstanding.  Jack gave me tips on how to save money on our move, and it still came out less than quoted because of the efficiency of his crew.  Though local, I would consider our move somewhat complex in that we had three different destinations for our stuff.  They were never phased by our last minute changes or incomplete packing.  I don't like moving, but will not have to look any further than these folks when the next time comes.  Friendly, too, from the office to each of the team members.

This company did a great job. Jack was so friendly and helpful and gave me advice to help me prepare for the move, which I thought was nice because I was just getting an estimate and hadn't given them the job yet. Then once moving day came, the crew worked efficiently taking precautions to care for our stuff, especially my beloved white couches (which I was very concerned with getting dirty) and all of our other belongings. Moving can be stressful, but these guys made it so much better. Thanks, Jack and team!!

Horrible company low class management. My things went missing and all the owner had to say is prove it. Truly the worst experience ever moving. Stay clear of this company folks.