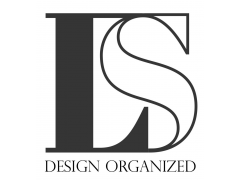 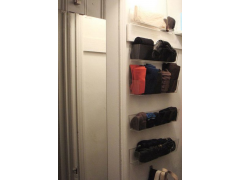 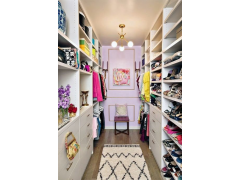 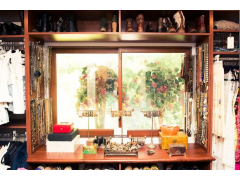 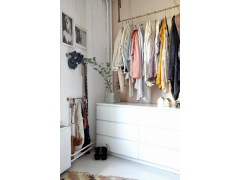 I was pretty pleased with my experience with Lisa. She came in initially to help only with my home office, as I was preparing to increase my side business and was going to need to use it as an actual Office space, rather than storage. She in fact helped me with office, kitchen, closets and more. She came up with good re-purposing ideas for most of my existing pieces, and everything that I was holding onto that in fact didn't need to keep, was donated to the woman's shelter in DTLA (which she loaded up her own car with to drop off, and sent me the receipt for tax uses), Goodwill or donated to friends and co-workers (all good stuff, btu I just didn't need it all). She also was clever with how to organize items in groups and used my covered staircase (which I don't use) as a storage solution and put items like camping chairs up on the side walls to free up closet space in the main part of the house. She helped me declutter and rid myself of items that weren't practical anymore. We didn't do every single thing she suggested, as there's a need for compromise on some of the ideas, but I was overall very happy with how she helped me to better my home and items. She's got a tough attitude at times, but that's part of her job. She is there to help declutter your life... so take what she says as constructive, she's doing her job to help. Might be a bit tough to hear at the time, but she does a good job of lessening the CRAP most of us have. Haha! She is fun to talk with and comes up with plans for what you need and need to do once she's finished with the job and has goals set for what you can do on your own once she's gone, which helped me to keep on track and finish at the pace that I was comfortable with, like putting up added shelving in closets (which I needed help from my bf with), getting a more practical trash bin and more.

So, uh, apparently Lisa Shields was briefly taken over by evil aliens, because my experience with her was entirely different from what others here have said (I'm Reviewer #5). TL;DR: She didn't get anything done during her time in my home. She insulted my art and was sarcastic with me. She didn't manage the scope of her project. She deliberately broke the inside of a jewelry box to repurpose it, without asking me, and still insisted that she had been in open communication with me the whole time. When I told her I was unhappy, she said what sounded to me like, "Oh well, sorry." Then I said, "Okay, I want a refund," and she said no. She did not offer at any point to make things right, nor did she address at any point the specific damages that I had pointed out in my emails to her.A poor review is a hard thing to stomach when you're an independent consultant. I don't want anyone--Lisa or potential clients--to think that I'm just sounding off without basis. So here's some more detail, and please know that I'm doing my best to be judicious and fair.One: I found her online. I hired her for an initial consultation (for which she charges her full hourly rate). She came over. She seemed to have lots of ideas, but she talked about my home in a way that I found disrespectful ("that's gotta go, that's gotta go, that's gotta go.")Two: When she followed up with me after that, I wrote her an email saying frankly that I didn't like how she talked about my stuff. She wrote a cordial email back saying that my points were fair, and that she'd still like to work on my space.Three: I figured I'd give her a second chance. After all, when we chatted the first time, even though I was put off by comments that I found rude, she did also have some ideas I liked. I tried to have her come over for just a couple of hours, because I was a bit nervous that we might not be a good fit, but she insisted on her 4-hour minimum because that's how much time she needed to really get into things, which I thought was fair.Four: She came over. We apparently occupied two separate dimensions during those four hours, because she thought she did lots of good stuff and stayed in constant communication with me, while I was appalled by her lack of results, lack of communication, and lack of time management.Five: I wrote to her outlining specifically what I was upset about. She responded with an email that did not address the specifics but said that she thought things were fine. At that point I felt annoyed (until then I'd been mostly bewildered and upset), and requested a refund because I did not get the service I asked for. She wrote back and said that it wasn't an option because she'd invested time/effort and she totally ignored, again, the specific complaints I had.Conclusion? Well, I'll certainly never hire her again.  What was weird, though, was that I thought Lisa seemed like a cool person, you know? I thought she seemed smart and competent. But she really botched my project badly, and given that I'm just a regular person with a non-fancy lifestyle, it hurt me in terms of time and money and all-round bad vibes.I know that sometimes a client and a consultant just don't gel, and I've been on both sides of that before. I make it my job to go back and redo things till my client is either happy with the work or truly satisfied that I have made a thorough, fair attempt to fix things. Lisa didn't.I wish she had had the grace to respond to specific complaints I raised in writing, like when I pointed out that she threw things into the trash basket (after saying she wouldn't), or that she ripped out the dividers of an expensive jewelry box without asking me. I wish she hadn't argued with me when I tried to explain why my sketching tools (various pens and pencils) needed to separated (she put them all in a box together even though I had them separated into holders already. I wish she didn't take the table cover off my desk after I already told her that I hated the desk without it and really liked the cover on it. I wish she had at least offered at some point to make things right, instead of flatly denying my claims. Hey, if your client is consistently having trouble with the way you communicate, telling them "I did a good job of communicating!" is not really the sensible way to go.I wish I had had the Lisa Shields that the first four reviewers had.

My whole loft was a wreck before Lisa organized it for me, I was blown away by how her mind thinks, she made all of my things fit nicely into my living space that has little to no storage. After organizing, she compiled a list of things that she recommends I buy for my place. I feel so much better about my loft now, the amount of relief I have walking into a clean place instead of a wreck is crazy. 10/10, and she's a super cool person on top of that.

I had no idea how much money my disorganized living space was costing me until I hired Lisa to come and fix my life. I'm an artist, and I work out of my home studio. As you can imagine- work, family, life, everything conspires to keep me from keeping my studio organized and efficient. I finally decided to enlist a professional and my only regret is that I took so long to do it. Lisa came in and homed in on exactly what needed to be done to optimize my workflow during the day. My productivity and output has improved exponentially as a result. Once my wife saw what Lisa had done with my workspace, she hired her to organize the rest of the house as well. My home feels like an oasis of pleasure and comfort now. 10/10 would recommend Lisa for your organization project.

I hired Lisa to come in and help me tidy up my house and de-clutter. Little did I know, it would end up in about 10 garbage bags full of trash and recycling! I had no clue how much necessary junk I had in my 700 sq ft apartment and feel much more at ease now that it's organized. Lisa was punctual, trustworthy (I left her with my keys while I was at work) and professional. She made lists for me of things I needed to buy (with measurements - thank you!) and provided some great, cost-effective strategies for pretty-ing up my place.