For the most attentive and professional Santa Clarita, CA Movers, Affordable Quality Moving & Storage is the only place you need to look. Whether you are moving into a new home or apartment, call us.

Established in 1992. Initially established on January 1, 1992, Affordable Quality Moving and Storage has been family owned and operated since its opening day. Under new ownership as of 10 years ago, President and CEO, Casey Kirkman, and Vice President and wife of Casey, Kelly Kirkman, have taken AQMS to a whole new level. Shortly after the establishment of new ownership, AQMS proudly became an agency for National Van Lines for interstate relocations, performing moving services for families, businesses and individuals relocating out of state. In addition to providing out of state moving services, AQMS has earned a stellar reputation within the Greater Los Angeles and local Santa Clarita Community as an honest and dependable moving company. 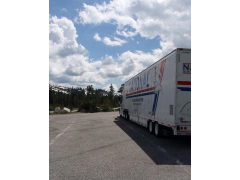 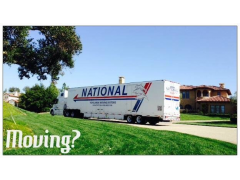 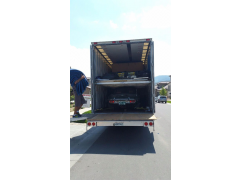 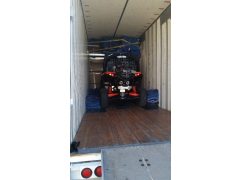 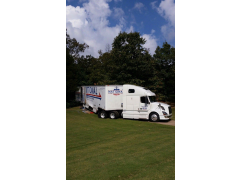 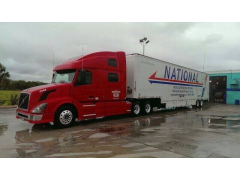 AQMS has been flexible in scheduling (we had to go back and forth because our closing day was modified), the movers themselves did a good job (mind the words, I did not say "ok", neither "great"), but there was a catch! Don't let the "do not exceed" price fool you. Even though they came out and took inventory of our furniture and boxes and gave a "do not exceed" offer, we ended up paying ~15% more since they spent more time with the move and then accused me of having moved boxes into the apartment after the assessment. The business guy then told me our contract (with the do not exceed clause) was invalid now since they moved more boxes than assessed. In the end, we had to settle middle way, but since we chose AQMS because of the "not to exceed" clause, this left us unhappy with the overall experience.All in all, do not let them trick you that you have a "not to exceed" clause since they will back out of it and blame it on you. Legally they might be right (you have to accept their assessment), but it's a shortsighted practice since it results in unhappy customers leaving bad reviews.

THE BEST. I have never seen guys work harder, faster and HAPPIER than these guys. SO professional, nice, and hardworking. They made my move swift, easy and organized. Amber was a JOY to work with as well. Cannot say enough good things about AQMS! Thank you!!!

Hire these guys. Alabama, Brett and Louis are the best. Professional, fast, taking care to treat your personal effect as their own. Could not be happier with the massive amount of work they did. AQMS is the only moving company in Valencia that actually will take care of you.

We experienced an amazing move from Southern California to Arizona and we have nothing but kudos for this team. From Taz who came to provide a quote to Rod, our mover. Taz was available to my husband for questions and schedule follow-up by both email and phone and readily responded to messages. The rate was great! On moving day Rod and movers arrived in his National Van Lines 18-wheeler 10 minutes early. He is definitely not a late person. The team was great and worked well together. They are careful and efficient. Rod breaks down the furniture and tags everything. They packed us up in 6 hours. He arrived 4 days later to deliver our house. They unpacked and had all our furniture set back up in 4 hours.The Rose family highly recommends Taz, Affordable Quality Moving & Storage, Rod and National Van Lines for your move and actually already gave a referal to a friend in addition to a Facebook post on move in day.

Jack helped us arrange and coordinate our move.  To the point and no fluff about assessing and setting up our move. Fairly quoted.The crew of 4 who came on the day of the move was very professional and fast. They handled everything extremely quickly and got done a lot earlier than I thought.I would definitely use them again and recommend them to anyone needing help with their move.