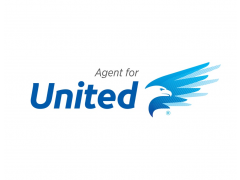 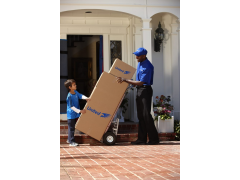 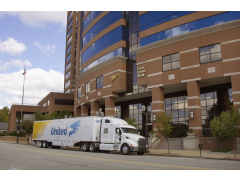 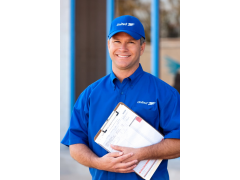 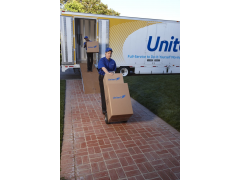 This company is the best of the best.  From my initial scheduling and estimating with Norma and Tirza to the actual packing and delivery with Nick and Victor.  Everyone was professional, friendly, honest and so easy to work with.  If you need a move done right, this is the company for you!!!

If I could give this review zero stars, believe me, I would. First off, the initial consultation was bizarre and rushed. The agent kept saying that she doesn't work on commission so she's not trying to sell us anything. However, anytime we voiced our concerns over some of the stipulations in the contract, she tried to browbeat us and made it seem like if we didn't sign right then and there, we wouldn't get the date that we wanted. That should have been my first sign that this was not a company that I wanted to do business with. Unfortunately, there are not a lot of long distance movers in the San Antonio area, so where was I to go? Secondly, they lack a basic understanding of how to communicate. My belongings were packed on June 23, 2017. I was given a "delivery window" between June 28, 2017 and July 11, 2017. I called around June 29th to see how my shipment was going and if there was a way that I could track it and get an estimated delivery date. I was told by my moving coordinator that she would get back to me on a way for me to track my shipment and informed me that I would receive a 24 to 48 hour notice before my delivery date. She never got back to me about that. The week after that, I called to inquire about the tracking again and the guy who answered didn't even know that I had a shipment. Apparently, my moving coordinator went out of town for an emergency. I completely understand having to leave for an emergency, but again, communicate. Let someone know about the status of your customers. As the end of my delivery window quickly approached, I still had not heard a word from my moving coordinator. I called again on July 6th and was told that my shipment made it to the shipping destination, but they were not sure when it would be out for delivery. How do you, as a moving coordinator, not know this information? You literally coordinate the move...And now for what really tipped me over the edge. I received a voice mail on July 7th stating that my shipment was processed, but would not be available for delivery until July 18th. July 18th. SEVEN days passed the delivery window which was written in the contract I signed. I called her back immediately, livid and ready to raise hell because at that point, I would have been sitting in an empty house for 2 weeks. She apologized and informed me they were able to come out on July 10th for delivery. She then told me that the delivery window was not concrete. Which is weird because the agent worded it in such a way that it was a guarantee. Again, communication.The delivery guys were the only highlight of this ordeal. They were very professional and able to finish within 2 hours. I finally had my things and was ready to make my house a home.  I was finally happy to just be done with everything. That feeling was short lived. As they were unloading my things, I noticed that my drawers were empty even though I had packed them with my clothes. I was told by the agent that was assigned to me, that it was ok to pack the drawers with clothes. My question is why were they removed and why wasn't I notified? I also noticed that my kitchen table had been taken apart. Again, I was not notified that this would happen. I didn't have the necessary tools to put it back together as they didn't leave an Allen wrench with it so I had to improvise with a pair of scissors. Next we get to my bed. Before it was shipped, I took it apart in a way that would make it easy for me to reassemble and placed the screws and tools I would need in my nightstand drawer so that I could quickly find them. I told the delivery guys that I didn't need them to assemble the bed for me, because I thought things would be placed in the way that I intended for them to be placed and I did not need any additional help. As stated above, the drawers were emptied without my knowledge. So I had to go on a manhunt for them. Something that should not have happened if things were left the way they should have been left. And like my kitchen table, my bed had been completely stripped as well. So now I can't put it back together because I don't know how they took it apart and don't have the correct tools to reassemble it. I called and was transferred to an operations manager who said it boiled down to miscommunication. If I'm paying thousands of dollars to entrust that you move my belongings correctly, there's no room for "miscommunication". He did have them return to assemble the bed free of charge and apologized. However, if they had communicated correctly in the beginning, this whole thing would not be an issue. Being someone who worked in customer service for 3 years, I never wanted to be one of "those yelpers" and it seriously pains me to leave such a bad review. But this is justified. If you're going to run a business, learn how to communicate with your customers and follow through with what you promise. It's that simple.

From the word get go this company has exhibited less than complimentary customer service. 1. Over the phone, their representative sounds like she really could not care less if they receive your business. The moving business is booming. They do not care if they receive your business because some other fool will give them money.2. I needed to schedule my moving pick up by a certain date. I was told that things were booking up quickly for our moving date but I would not be able to place a deposit on the day until someone came out to give us a quote. On the day the person was scheduled to come and give us a quote she called to tell us that our moving day could no longer be accommodated.This company wasted hours of my time and added stress to an already stressful time. However, I'm glad they wasted my time up front as opposed to adding additional stress to our moving experience.Please do your research.