The company was not an overnight success. The purchased trailers—generally a frame and tongue built on the running gear of scrapped automobiles, what Sam would later call «junkers»—broke down with painful frequency, often costing more to repair than could be covered by rental fees. That winter, to cut expenses «to the bone,» Sam and Anna Mary moved in with her folks on the family ranch. They were broke, but believed they had a business. Based on his appearance of success, Sam obtained credit from a local lumber yard and was able to obtain war-surplus steel from a Navy yard.

By the end of 1949, it was possible to rent a trailer one way from city to city throughout most of the United States and by 1955 throughout most of Canada. And the rest, as they say, is history. In 1952, a unique financing plan – the Fleet Owner Program – was created to provide capital for growth during the 1950s. Under this plan, individuals or groups of individuals could purchase a fleet of 30 or more U-Haul Co. trailers. The trailer owner would then contract with ARCOA, Inc. for the operation of their trailer fleet in the U-Haul Trailer Rental System and shared the income from the rental of the trailers.

By the end of 1959, the U-Haul trailer fleet consisted of 42,600 trailers. Today, U-Haul customers' patronage has enabled the Company to maintain the largest rental fleet in the do-it-yourself moving industry which includes trucks, trailers and towing devices. U-Haul also offers self-storage throughout North America. The Company provides industry leading moving and storage boxes and an extended line of packing supplies to protect customer possessions. U-Haul is the consumer’s number one choice as the largest installer of permanent trailer hitches in the automotive aftermarket. The Company supplies alternative-fuel for vehicles and backyard grills as one of the nation’s largest retailers of propane. 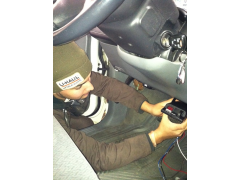 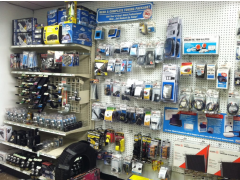 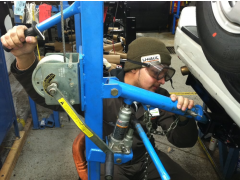 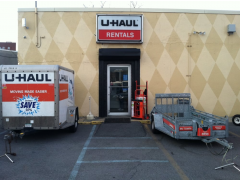 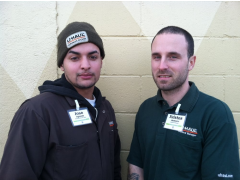 Reviews of U-Haul of Huntspoint

STAY AWAY!Terrible service, the employees don't care about service. One employee felt his phone conversation was more important than servicing us. We waited for about 20 mins until he got off the phone with his roommate before giving us our money back.

GREAT staff, greeted by everyone with a smile and asked if I needed help or they'd be right with me. Roger was not only helpful before arriving, at the facility, and after I left . CLEAN facility and trucks! Have used 2 other moving companies in the area this is by far the best! 5 stars. Recommend this location!

There is no parking, and they send you to park far away from the rental place. The street your rold ro park on is dangerous, and your car will either be stolen, or vandalized. The workers here are lazy, and uneducated. They charge you a cleaning fee, because supposedly the truck was left dirty, and they charged saying this over-time, because of this. I will never recommend them to anyone. They are horrible. If there were a zero rating then that is really what I want to leave.To recap, they still charging me the cleaning fee when I thought they had already deducted that from my account. That was back in August, and we are now in November. They dont answer your replies. Uhaul is a terrible company!

I call today asking a few questions .. It's morning so I figure things should be smooth .. But somehow I just a sarcastic remark about my choices dealing with Uhual .. And then she hangs up on me ... Disrespect I see is today's norm... Nooooooo Bueno!