This is my company
Moving? We can help. Simply Moving & Storage has been moving families and businesses for years. Our expert staff can help you plan your move across the street or anywhere within our professional movers will make sure your things arrive at your new home safe and on time! 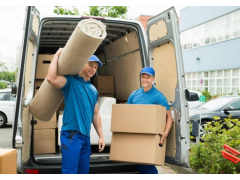 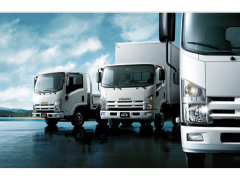 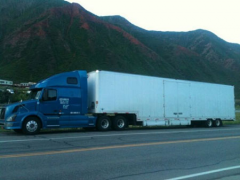 UPDATE:I never received a call back from Anthony's partner about his insurance company reimbursing me for the damaged marble dining table. Since they are not on Better Business Bureau like Anthony stated when he tried to sell me his service, I will report this to the Attorney General.

zero starsSimply Moving and Storage d/b/a as Westchester Moving  & Storage-Community Movers of Goshen is owned by Justin Reed. I had spoken with Justin to set up an in home estimate for a move of my elderly mother from NY to TX.  He met with my elderly mother while I was at work and coerced her into providing a cash deposit.   I was a little pissed at that but he seemed decent enough.  Upon soon my due diligence and I asked for some information and references.  Mr. Reed took offense to that and became extremely emotional.  His emotions manifested in heated emails and text messages.  We decided to go with another company and I think that pushed him over the edge.  The texts and emails got more heated and personal.  He has refused to refund the deposit given by my elderly mother.  I will file an action in small claims court and wanted the world to know that this company and this man should not be used or trusted.

After having several of our items lost or destroyed in a move that took 4 weeks, when we were promised 1 week, I have yet to hear anything about our insurance claim. It has been a month and a half since our items were picked up by this company and we have not been reimbursed one cent. Every time I call they office they ignore my calls, or act like they do not know who I am or what is going on. Do not trust a word that this company says; use another company.

I hired Anthony Somers twice... the first time was for a major move from Mount Vernon to White Plains (February 15), it was without a no doubt a 5hour job.  I was quoted $95 per for 3 men and $40 travel fees, which in the end cost me $580 (this is on top of a $50 deposit), I am still trying compute why and what the additional $115 that was charged to me is, maybe it  was the charge for tape, which Anthony offered me "free tape" in an email dated January 30.  When Victor and his crew arrived, Victor handed me a contract and "tip" agreement, explaining that they don't get tip out from the job pot/kitty.  The agreement basically cleared them of any liability, regardless on their licensing and insurance, that they claim to have.  Anthony promised me 3wardorbe boxes to come day of move, because they were too big to fit in his car... HAHAHA!!!  The crew did not have these boxes and Victor attempted to charge me from them, THANK GOD I have signed paperwork, where Anthony agreed to lend them to me for FREE.  Victor also attempted to charge to move 3 oil paintings, a full length mirror and 5lamps, which Anthony cuculated into the quoted prices, needless to say I moved those items myself.  The wardrobe boxes did arrive, 2 1/2 hours after the crew started the job.  At the end of the day, the crew broke a dining room table chair, which I was not broken heartened over so I let it slide.  However it totally up set me to  discover the broken chair after tipping the crew $100.  So a job that was quoted to me at $535, I paid $630, ALMOST $100 more than quoted, not including the tip ($730).The second move - a 2 hour job (actually it was less than that), I emailed Anthony Somers, to schedule, a quick pick up of storage items (March 17).  In an email dated March 12, Anthony acknowledged the job will take 2hours (originally scheduled 12pm to 2pm and then worked to 8am to 10am), " 3 men 1 truck 95.00 per hour".  There is NO mention of travel fees or work minimum which Anthony mentioned to me after I was charged $376, he told me after the fact that there was a 3hour minimum.  PLEASE make note: this was NEVER mentioned in any of the emails we exchanged and he knew it was a 2hour job.  So the break out 2hours = $188 per hour, that is DOUBLE the $95.  NO materials were used and I tipped out Victor and the crew ($80).  When I requested a copy of my invoice Anthony gave me the run around, telling me needs to speak to Victor and get his paperwork, that was over 2weeks ago.  This job in totally cost me $460... for 2hours of work - WOW.All I have to say is these people are liars and thefts!!!  After posting this blog, I am contacting the Better Business Bureau.  I have also contacted the department of consumer affairs and the NY attorney general.UPDATE: Anthony Somers "promised" me a refund on April 11, 2012, it's May 23, 2012 and no refund.   I quote Anthony Somers (April 21) "NO ELIZABETH MY BOOK KEEPER WILL SEND IT OUT TO YOU I MADE A PROMISE AND I WILL KEEP IT".   All I have to say is Anthony Somers is a lying, scum bag!!!