Prime Meridian Moving is a local moving,  packing and storage company based in the Bronx area. We bring decades of experience, which provides a unique understanding of customer needs. Whether you are moving across town, across the country, or across the world, we offer the service that will meet your needs and your budget. Contact us today for more information!

My number one goal and passion is helping people.We don't mind late night, last minute moves.Customer satisfaction is our number one priority.Further more we spend $5 from each move to plant trees! Moving with us you actually help environment.  Did you know that 11.4 billion trees are cut down every year?!Lets do something positive together. 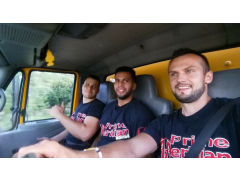 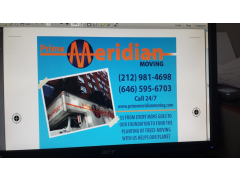 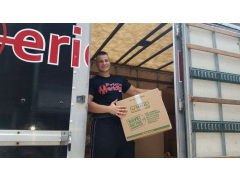 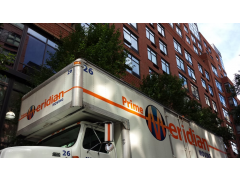 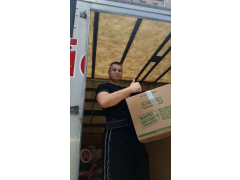 The following is my objective review, stating the undisputed facts and my break down of my move with Prime Meridian Moving. All facts have been expressed to Homitch, Diane, and Prime Meridian Moving, without being refuted. I have a paper trail via email from May 30, 2019 to today, March 4, 2020 supporting every word of this review. I would absolutely recommend you DO NOT use this company. I have seen other reviews where people say it went well. My review shows what happens when this company damages many of your expensive items and how they essentially ghost you. I took the time to write a detailed review to help others as I continue trying to receive payment for damages over 9 months after the fact. I will update this review if Prime Meridian Moving makes things right. But, after more than 9 months, it is not looking promising.

On May 30, 2019 I had my move with Prime Meridian Moving from Westchester to NYC. Before the conclusion of the move, I noticed that many of my items were damaged. I contacted Homitch, took pictures of each damaged item and followed up with a claim form. It has been over 9 months without a resolution.

Homitch did not refute any of the damage caused and told me I should not have tipped his movers since they did such a terrible job (I tipped them anyway). After over 6 months and continuing to follow up via email, he responded that the moving company's insurance would provide $200 for damages. Thousands-of-dollars of items were damaged. All items that I packaged myself in boxes were undamaged. Most pieces of furniture that were their responsibility to wrap in blankets and move (my coffee table, TV monitors, computer monitors, my couch, etc were severely scratched, crushed or cracked).

This was beyond negligent on their part and transcends your typical small scratch or dent of an item. I have multiple deep scratches running along my monitors and glass coffee table. The scratches on the coffee table go from one end of the table to the other and look like pieces of metal were dragged across it, the couch corner is crushed and is noticeably pressed in from a heavy object sitting on top of it.

After hearing back that the moving company would only pay $200, I requested to speak directly to the insurance company or for Homitch to speak to them on my behalf requesting more money or that he make up the difference. The move only cost $800 to begin with. The coffee table and couch alone were more valuable than the entire move. The items they damaged due to extreme negligence will cost me thousands to replace. He said he would request more money from the insurance company.

Given the weeks to months it takes to get a response and only by following up through email continuously, I believe he never submitted the claim within the required 90-day period. Considering he didn't email me until over 6 months from the date of the move with the "insurance company's resolution of $200" and then over 3 months later, claimed they would only give $100 and he would match it, I don't believe he ever contacted the insurance company. Realistically, I would not take 6 months for an insurance company to issue a claim and they would not change the amount of money they offer, cutting it down from $200 to $100. When you’re telling the truth, the facts don’t change. When you lie, there are holes in your story because you’re lying. Fortunately, I have everything in writing, so the lies are obvious. I believe he was hoping to drag his feet and hope through ignoring me I would go away.

It has been over 9 months without a resolution. Every few weeks, to a month, I have emailed Homitch and CCed Diane, usually receiving a response within a day or two that says they will look into it. They never follow up unless I email again asking for an update. I have a paper trail going back from the day of the move, May 30, 2019, reporting the damages with photographic evidence, which they accepted and did not refute, to today, March 4, 2020. In my correspondence, they say they’ll look into it and never respond until my next email. Then their response to my next email is that they will look into it and the cycle continues, with them going weeks to months at a time without responding.

At this point, it is clear they do not intend to send a check for the damages or to make this situation right. I have been extremely patient before posting a negative review. I would HIGHLY encourage anyone reading this review to ABSOLUTELY NOT use this moving company. When they damage your items, they will try to ghost you and not respond to emails weeks to months at a time.

These guys are friendly, careful, honest and incredibly hard working. Glenn and Mariusz moved our one bedroom from Williamsburg to Bed-Stuy - they worked their butts off carefully wrapping all of the furniture, paintings and electronics and transporting all of our stuff (who knew we had that much stuff) in blistering heat while still managing to keep a smile on their faces. The quote I received from Homitch wasn't the absolute cheapest but also by no means the most expensive. I chose them because the process for quoting and all the communications made me feel that these guys were going to be the most reliable, friendly and wouldn't leave me with an outrageous up-charge at the end. Turns out my hunch was spot on. I was charged exactly what was quoted and not a single thing was broken. That is some serious peace of mind. You would do very well to choose these guys as your next movers.

We had a wonderful experience with Prime Meridian Moving for our long-distance move (across multiple states)! They offered us a very reasonable price for the full-service move, and they delivered on the full service--next-day delivery of all our stuff! The crew was friendly, punctual, professional, and thorough. And Przemek was very accessible and easy to communicate with--and he was kindly accommodating when we asked for some last-minute adjustments. We've done a long-distance move before with other movers, and the difference was night and day. We highly recommend Prime Meridian without reservation!

Great company with a responsible crew, Have been using and recommending Homitch and his crew for several years, very reasonable prices, Honest and responsible.