Moving? We can help. Nikki`s Mobile Assembly & Maintenance Services has been moving families and businesses for years. Our expert staff can help you plan your move across the street or anywhere within our professional movers will make sure your things arrive at your new home safe and on time! 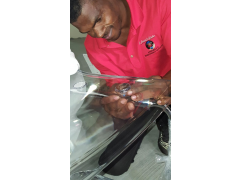 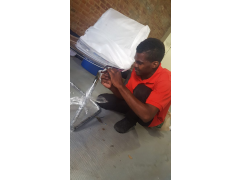 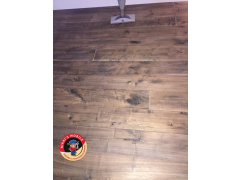 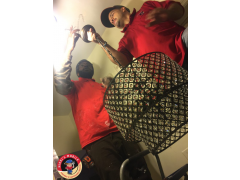 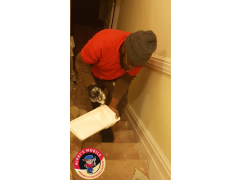 AWFUL!!! STAY AWAY FROM THIS COMPANY. I never write reviews, but I have wasted so much time trying to get my money back from this horrid service, that I feel compelled to let others know. I BOOKED THREE TIMES WITH THIS SERVICE AND THEY NEVER SHOWED UP. Do you think that means they didn't take my money? Ah--no, they took the money, but I never saw them even after giving them the benefit of the doubt three times!!! It's a scam. Stay away!!!!

Sounds too good to be true...it is. This was the absolute worse experience of a repair job that we have ever encountered.   We hired this company because it billed itself as a one-stop service provider for tv mounting, plumbing, electrical work etc.  The owner "Nikki" started out amiable enough during the quote process.  The job: hang ceiling fan, a chandelier, paint stairs, unmount/mount a TV, fix faucet.  It was clear at the outset that this is a small startup business, with commensurate reduced prices.  That should have been clue #1.  They could not provide us with pictures of previous work...clue #2 (so we decided no wallpapering).  However, they fit well within our budget for all the other items.  Moreover, we wanted to support a woman owned, minority, small business so we decided to go with this service...lofty intent, with truly disastrous consequences (described at the bottom of this review).First annoyance was that she required payment upfront days before the work even started.  She cited a time when a former customer stiffed them for $19,000 hence her new policy.  After my experience today, I'm sure there's much more to the story why someone didn't pay $19,000 for work this company did.That aside, there was confusion and a constant lack of clarity in every communication with her.  She asked whether we wanted "a post-job clean up crew", we said sure and she brings cleaning people to do a deep cleaning at the same time the work is being done.  Made no sense.  The cleaning people were very nice, but in a small apartment there is no way we would have agreed to a deep cleaning to happen simultaneously with a job of this size.  I needed her staff who are all New Yorkers to distill everything she said in 17 sentences into 2.Once the work started it was problem after problem.  The new ceiling fan once installed fan worked, but light didn't. They claimed it had a defective receiver. (I am getting a second opinion and will update this review if it is confirmed.)  Generally, the workers were fine initially.  The owner was the problem.  She had an excuse for everything and needed to be the "go-between" the workers and us, but was inefficient and seemed to not grasp easy concepts. She complicated the interactions and ultimately contributed to the eventual escalation. They did the paint job on the stairs and installed the faucet fine.  Then attempted to put in the chandelier, after reassuring me that circuit breaker didn't need to be switched off.  An hour later, the lights in the hallway and bathroom trip and the breaker in our apartment is not enough, they need to get to the basement through our tenants apartment (this is hour 7 of the job), which is inaccessible at the time.  All of this is normal given an electrical job, however, how she responded was completely unprofessional and deflected all blame.  In fact, one of her workers said it was our fault for purchasing modern lighting for an "old ass house".  We have a brownstone.   Her attempt to once again use a whole lot of words to say nothing and not own up to how horrible this job has been was all that I could take.  I argued, she argued back and then her worker jumps in with a litany of cursing and anger that was quite threatening.  She chose to justify his behavior b/c I said this job was fked up.  So in her logic b/c I used the f'word to describe my opinion of the whole job, I deserved her worker's wrath, threats and disgust.  She attempted to calm him down, he wouldn't respond to her.  I contemplated calling the cops.  She asked him to leave and he finally did.  I actually get his frustration.  No one wants to work for multiple hours to then have the client dissatisfied and angry.  Truth is again the workers, including the one that went off, up until that point seemed like good guys and just focused on the work.  They should get their own company and I'm sure they could be much more successful.Problem is that their boss wanted to be the "go-between" and made it all worse.  She was utterly inept, couldn't apologize and at every turn attempted to blame something other than her lack of planning or her disorganization and lack of preparation for this type of job.  Lack of preparedness plus no accountability is a deadly combination.  She is not from NY, and as charming as her faux collegiality may appear to be, there is no discernible appreciation for the pace and the way NY's operate.  She bit off way more than she could chew today and has no clue how to run a contracting-type of business.Here's my advice, if you need cleaning call them.  But if you need real repair work or specific work, go w/Task Rabbit or individual experts.  One-stop shopping is not this company...the cost of "time" and "frustration" outweigh any marginal benefit from having one inept gatekeeper. My advice to her workers- you are good, and could do much better on your own, and get paid directly.  If any amends are made by this company, I will fairly update this.

I would give zero stars if I could. Booked the Washington DC office for a move-out cleaning.  I booked weeks ahead of time, because I needed a very specific date. We set up the appointment, and they charged my credit card. On the day, I waited in the house and no one showed up I kept calling the office and getting voicemail. I kept emailing but no response. Over an hour later, I received a text saying that they had tried to contact me to change  The time but since I did not answer the phone they canceled the appointment! They left no voicemail.  There was absolutely no evidence of a missed call  on my phone. So I don't even believe she had tried to contact me. They obviously could  text me but did not do so to re-arrange the appointment. The woman was abusive and completely unprofessional.  they have a Groupon going now. Save yourself money and aggravation and stay AWAY from this company!