The story of this company is the story of my father and here is how it begins.

In 1926, my father, Don Luis Hernandez, having worked on someone else’s farm from sun-up to sundown and reaping little financial benefit for himself, decided to change his luck by migrating to the United States from his hometown of Bayamon, Puerto Rico. Lacking enough money to purchase a ticket to the U.S., he obtained employment aboard a ship bound for Louisiana. There he worked for a while until he earned enough money to travel to New York. Once in New York City, he started a small business by helping families move their belongings from one residence to another. The business began with pushcarts and horse driven carts out of a street corner on 110th Street. In 1933, Don Luis married Dona Ines Rosa, a woman who shared his dream and his firm belief in hard work. She worked outside to help support the business. I was born in 1934, the same year Don Luis bought a truck with the name La Flor de Mayo Express and rented office/warehouse space at 56 E. 110th Street. He continued to expand into other services: heavy equipment, airfreight, hauling garbage, ash removal and selling Christmas trees in December. In his office, he set up a used furniture shop. Customers gave him furniture on moving jobs and he repaired, painted and then sold them. When World War II began, there were ten movers in the area. Most of these closed to work in factories, but my father decided to continue with his moving company. Shipping to Puerto Rico increased, so Don Luis concentrated on shipping household goods to Puerto Rico. With the success of increased shipping to Puerto Rico, Don Luis opened an office/warehouse in Puerto Rico in September of 1959 and he sent me to set up operations. I rented a basement of a house with a yard, installed a phone line and La Flor de Mayo began offering door to door moving services in Puerto Rico.

The company emerged further when Sealand began trailer service to and from Puerto Rico. With the use of the newly available 35’ trailer to transport household goods in bulk, in 1959, Don Luis expanded his services and offered prospective clients packing and unpacking in their homes. This type of service was not offered by any other moving company at the time. Once packing was completed, the trailer would pick up the goods at the customers residence and if the load was big enough, it would be delivered to its destination in the same trailer. Due to the high volume of freight, Don Luis purchased two acres of land in Toa Baja, Puerto Rico, and built a 10,000 sq. ft. office/warehouse, which opened for business in 1962. In 1964, Don Luis passed away. With his passing, he left behind a legacy and responsibility to carry on his commitment to customer service and satisfaction. We have taken on this responsibility with honor, and by using Don Luis’ business formula and work ethic, we have been very successful since his passing. We continue to look to the future with this same focus and enthusiasm to providing our customers with quality moving and security they deserve. As I near the end of my story, I would like to share a great personal moment with you about the picture you see above of my father. I had the privilege to be the one to photograph my father upon his return to Puerto Rico in 1963. He stood there satisfied and proud of all the things that he was able to accomplish. He was happy to return after being away for 38 years and to bring his company with him. I was able to capture this milestone in his life as he reflected on his achievements. Now, as La Flor de Mayo Express Puerto Rico celebrates its 80th anniversary in September 2014, I am able to look back and reflect and all of our achievements since that day. In closing I am reminded what a great father and mother I had. Their courage, honor, hope, pride, compassion, and sacrifice is the glory of their past.

Thank you for taking the time to read this story. 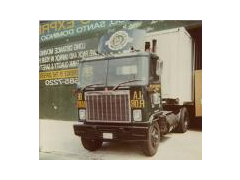 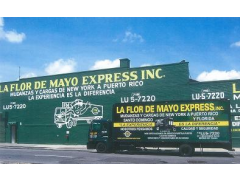 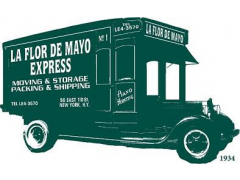 Keep away from this moving company!  THEY ARE HORRIBLE! The movers try to take advantage of older women by extorting money.  My mom who is 71 years old contracted them to make her move to PR.  Immediately, after arriving at her house two of the three men try to charge her extra money as much as $500 for moving a sofa that was in the original contract.  When calling the supervisor of the company, he did absolutely nothing actually the mover was screaming at the supervisor.  PLEASE STAY AWAY FROM THIS COMPANY ESPECIALLY THE ELDERLY!