Choosing the right Secaucus, NJ Movers is never an easy task. At Allstar Moving Services LLC, we pride ourselves on a high level of customer care and proving ourselves to every new customer. 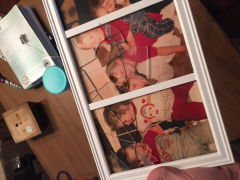 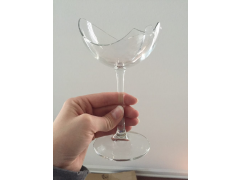 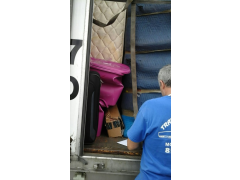 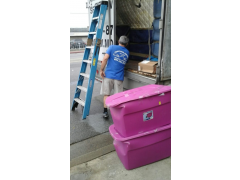 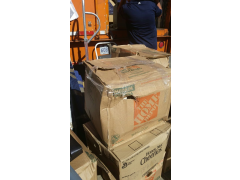 SCAMMERS!!! STAY AWAY!!! They go by the name Stop and Move! I had to call to make sure it was the same moving company and I was told that is their trucks. They will quote you an estimate and the day of moving its double! Looks like it's a common thing they do!  Jessica is rude and disrespectful. You call to speak with the manager/supervisor and oh apparently she is the supervisor and the owner doesn't speak with the clients. Really?!? Why would you want someone like that representing your company!!!PLEASE STAY AWAY! Please report them!!!! Shady, elope, and ruthless company!!! Oh and the headboard for my bed was damaged! Check out the yelp reviews...they are terrible! I'd give them a negative star if it was available!

The only upside: the movers themselves were AWESOME. Super cool guys, friendly, quick, were in constant contact the day of the move, and pulled out all the stops to help best decide what should stay and what should go. I say "what should stay and what should go" because I ended up having to leave my furniture and several of my belongings behind.I live in a studio apartment, and planned a long-distance move from NY to CA. I was initially quoted $962.50, which sounded too good to be true, so I contacted my representative, (who turns out is also the/a manager) Monica, and gave an extremely thorough list of each item I'd be moving. Each item was measured down to the inch, and I gave the dimensions of these items over the phone. Monica calculated that my things would come out to around 412 cubic feet in the truck, which came to $1623 for everything. Great!Come moving day, the "estimate" of 412 cubic feet was MAYBE 1/3 of the space I actually needed (remember, I listed each item I'd be moving along with their measurements weeks prior). And surprise! The rate for each cubic foot beyond the "estimated" space I was allotted is now $5.25. I ended up leaving all of my furniture behind and STILL was nearly 300 cubic feet over Monica's "estimate." So now I have the distinct pleasure of paying $3200 to not even move my furniture, when Monica's quote (which, I'll stress again, was given after I provided a list of everything, including my furniture) was $1623, or HALF that. Full disclosure, I did end up with 3 more boxes than I'd originally listed, each 4 cubic feet. It would have been an extra ~$63 to include these had All Star's estimate been anywhere near accurate, which I'd have been happy to pay. Look, I get it. An estimate is always just an estimate, and I would have been happy to pay for any additional space under reasonable circumstances. But, given that they had the exact dimensions of each item in my move (save these 3 boxes), how was the estimate THAT far off? Mind you, I've moved several times over the past few years with this exact set of belongings, and have provided the same itemized list with measurements to the moving company each time with no problem. When I called to see what was up with this wildly inaccurate estimate, Monica's only response was to condescendingly explain to me that "it was only an estimate." Got it! A few other interesting things:-I'm actually moving in with someone who lived less than 1 mile from me in NYC, so we asked if we could move our things together and have the truck stop to pick up at both NY apartments (we were willing to pay any fees associated with the additional stop, of course). Monica informed me that this wasn't possible: we could use the same truck BUT would still have to be billed and processed for 2 separate moves. Fair enough. Today, though, the movers told me that they do moves from 2 apartments to 1 destination all the time. Hmmm.-They also told us is that what Monica repeatedly called the "estimated cost" in our correspondence is actually the "minimum." Good to know that the company banks on exactly this happening to customers! -When initially going through my list of items, I mentioned to Monica that I could disassemble my furniture items before the movers arrived, so they would take up less room. I was told not to bother, as "it wouldn't be any cheaper." Today, though, the billing was determined exclusively by what I could fit laterally in a vertical swath of the truck. Had I had things disassembled, I maybe could have squeezed one or two things on, since I was on the hook for an extra ~$1600 worth of space anyway

I had a terrible experience with this company, the movers were very rude and unprofessional, I had to report them to the Better Business Bureau. 1.When you call to get an estimate the staff is incredibly nice and courteous, do not been fooled. 2. The movers complained the entire time about the stairs and the furniture.3.  I paid to have things wrapped and they did not wrap them (which left me with a cracked TV and a ruined vintage dresser). 4. I had to file claims on several items that were ruined. 5. Upon delivering my items from storage the movers refused to bring up my sectional (absolutely would not do it due to the 3 story walk up despite the fact that I had paid extra for this).In summation It was a terrible experience; Moving is already very stressful, it is definitely worth it to spend a little more and have actual professionals.

SAVE YOURSELF SO MUCH TROUBLE - STAY AWAY FROM ALLSTAR!I can only add to the negative hype... moving with them was the worst possible experience.  They were as shady as possible!  They were not up-front with us about anything, fudged the delivery date, lied about when our stuff would be arriving when we followed up with them, lied again by promising a new delivery date which was missed, failed to check in with us or follow up with us, and forged some documents when we disputed the charges with our credit card company.  The only thing that saved them was that our stuff actually arrived, so we didn't have any further legal recourse.  Infuriating, because they should have to pay for inflicting so much pain.We moved from NY to LA, and it was difficult with them from the time the truck disappeared from our block in Brooklyn.  That was some time ago, and I'm still so upset about it, I'm finally posting this review.So I'll say it again - STAY AWAY FROM ALLSTAR!!!

OMG I wish I had looked at Yelp like I normally do and could have saved myself the horrible service of this place. I moved from NJ to FL. They quoted me 825.00 for my small move. When the moving guy got to my apt he told me I was only covered for 350 cubic feet and my stuff was 100 cubic feet over. I told Jessica the stupid person who works there line by line of what I was moving. She NEVER said they could charge me more since I gave her an accurate description of everything I was moving, When the guy came to pick up everything he wanted an additional 420.00 cash!!! I had to go to the bank, come back and give me more money. Then they told me 7 business days. They picked my stuff Monday March 7th. Today is the 17th. The driver called me yesterday to tell me he would be at my house today between 2-4 it is now 4:12 and not even a phone call! This place is disgusting.