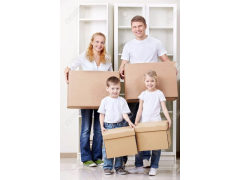 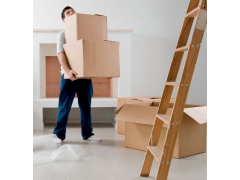 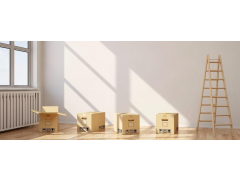 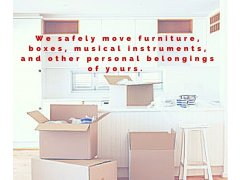 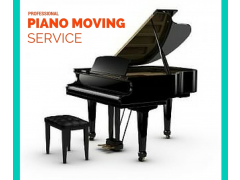 Reviews of Sam`s Moving and Delivery

We just finished our move with Sam and he was awesome.Not only was he on time, charged what he had quoted , furnished our condo association with the insurance info they required I made a mistake in giving him the wrong storage unit and when we got there he had already unloaded our shipment .When I told him my mistake he said "no problem and moved everything again at no extra cost.What a gentleman .Thanks Sam

Wow, all I can say is I've never had to deal with any company so unprofessional in my life.  I had my entire move planned and had booked with Sam's Moving and Delivery several weeks ago. I move in exactly one week. Today, I received a phone call and voicemail from Sam's Moving that they "don't feel like doing the move" because they "don't want to walk up 3 flights of stairs".REALLY?! People who are moving and want to use this company: BEWARE - you will find yourself with only problems and without movers.

I am still in disbelief how they screwed us up in the last minute, as much as I am calmly dealing with this situation.  This review will be also used as part of my legal pursuit, so bear with the details you might not care.  We have used them 3 years ago when we moved from our previous place to current location.  Although there were some unpleasant surprises, we were overall their work speed, so we decided to go with them again.  Our move was originally planed on Sat the 16th, but the new house was not as nearly ready as we hoped to be, so decided change the move to Mon the 18th.  I called as early as we could on Wed the 13th and let them know about the situation and if they're still available.  The owner said that they have a job already planned in the morning, so they couldn't come in the morning as planned (8:30am) and only in the afternoon (2pm).  It didn't seem to be enough time for three bed room house move, so I expressed my concern that we might not be able to finish by the end of the day.  He offered to come and finish up the next day, if they can't.  We had a work commitments, so I politely declined and said I will go with someone else.  Then, he said he really wants the job and offered me to send 4 men for the same price instead.  That made sense to me, so we agreed and hung up the phone.  Now, it was Sunday 5pm and we were scheduled to move tomorrow afternoon.  The owner called to let me know that they will be earlier like 12-1pm and I confirmed that there are four men coming instead of three.  He, then, was wish wash about it and said it depends.  We hung up, but then I had a bad feeling that they will not provided the service I expected and didn't want to be put in a difficult position.  I called back and left a message saying that if they can't provide what they promised, the I had to find someone else.  I felt intimidated and really misled because they called the night before the planned move and try to play mental game with us.  He called back in few minutes and said if I want four men, now I have to pay more.  It was discounted rate, but to us, it wasn't the money issue.  It's an intimidation tactic that they made us to wait until the last minute and feel like we have to give in what they ask for.  The owner was trying to negotiate that it's a cheaper rate than first three men and we're so cheap that we're not trying to pay for $20 extra dollars per person.  He kept saying that he is an old man and can't argue, while we're trying to say that it's not the money issue, but how they employed this tactic.  He hung up the phone several times while we are talking and really did not listen to why it's not acceptable to us.  He insisted and accused that we just don't want to spend more money, when it's cheaper than any other company out there.  That might not be true if he's asking $110 for four men moving and I might sound like the stingy one who is trying to squeeze every penny from an hardworking old man.  However, what he didn't know is that I am actually 7 month pregnant with complication.  I do not need this kind of stress and drama caused by such an unprofessional and malicious practice of this company.  It seems like there's a lot of shady things going on with this company:  They only accept cash.  And this is what happened last time: The workers actually showed up two hours before the quoted time as if it was an accident, then asked once all the boxes were loaded up, they didn't want those two hours to show on the company record and the receipt.  They basically hijacked our luggage and blackmailed us.  At that point, we had enough money to cover, so we agreed with somewhat uneasy feeling - but the rest of the day went pretty well and we were just grateful that we didn't have anything missing and broken.  At the end of the day, the move took longer than we expected, so we were actually glad how it turned out.   He was much more communicative when my husband stepped in and said that it's not the money issue, but principle issue.  Things are very apparent that this was planned when he was trying to negotiate this as $100.00/hr for four men.  We didn't give in.  It'll be few more days of headache, but luckily our schedule was flexible enough that we could handle the last minute change.  We will go with someone else definitely at this point, even if they offer same price or even lower.  We can't trust with them how they would handle our belongings at this point based on how they lack of professionalism and act more like a mob.  At the end, he was playing a victim card saying 'you are just emotional and trying to find someone to fight with'.  Really?  We also sternly warn that we'll do our best to recoup our loss because of this last minute change.  We will report to BBB and any other rating places and tell all about it.  Glad and thankful that we didn't have to go with them.  It was a blessing in disguise.  Please DO NOT USE this business.  You will regret.