Zippy Shell Incorporated is a portable storage and moving company, based out of Georgetown, Washington, D.C. It is the fastest growing franchise business in both the storage and moving industries. Zippy Shell was recognized for its innovative franchise business model in June 2015, as the company received a $25 million capital investment from Virgo LLC. Zippy Shell is comprised of a strong team of board members who have established themselves as leaders in the moving and storage industries.

Zippy Shell began in Australia in 2007 by founder Gareth Taylor and Adam Gilchrist. Zippy Shell was one of Australia's first mobile storage businesses to operate in the country. It operated for two years, building a customer base of over 500 customers before being sold as a ‘Master Franchise’ to Grace Removals Group, one of Asia’s largest moving companies. In 2010 Zippy Shell USA, LLC launched in the United States. The previous success of the company in Australia was a clear indicator that the business model would work in the United States. The service remains competitive with the simple formula — give the convenience of portable storage at the cost of traditional. Zippy Shell USA, LLC became incorporated as of June 2015 and now is formally identified as Zippy Shell Incorporated.

We like to keep things simple. We deliver a storage container to you and your stuff gets loaded. All you'll need is 2-3 days and then we'll pick up your shell and store it safely. Need something from your shell or to have it delivered to your new place? Give us a call and we will deliver your stuff back to you. It's as easy as that. 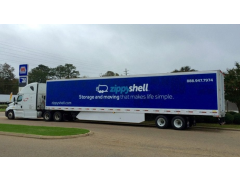 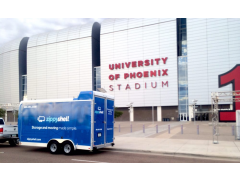 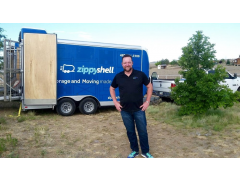 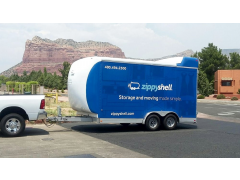 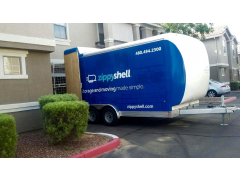 Reviews of Zippy Shell of Arizona

Zippy Shell was horrible! They have terrible customer service, misled us on what size container would fit our belongings, verbally told us one thing and did not honor that. Because of their terrible service, we ended up having to rent a Penske truck and driving our belongings across the country. We lost a great amount of money because they were unwilling to make things right or refund us what we paid. I would stay far, far away from this company.

I was very happy and satisfied with my experience with Zippy Shell. I needed to move out of one house and into another 6 wks later. Zippy Shell was the best options for us. The shell was delivered and I had plenty of time to move all of my goods into it before they came and hauled it away. It was shrink wrapped and stored in a safe and secure location free of dust or any contaminates. The entire Zippy Shell team provided excellent customer service and personalized attention. The driver and administrative staff were very friendly and caring. I would absolutely use them again and would and have recommended them to my friends and family.

Great way to move a far distance by container. The most difficult part is making sure the furniture and boxes fit the container. I appreciated the assigned coordinator who was always available to answer any of my questions and the add-on to include the movers at pick up/ drop off was definitely a relief.

Wow, wow, wow!I am so totally impressed with Zippy Shell and their excellent customer service!Starting with my decision to choose Zippy Shell over PODs, I have not regretted it. Not only was my price lower for two 15' Zippy Shells vs a 16' and a 7' POD container, Zippy Shell also included in my price having the Zippy Shells delivered to my new home in Florida as well as unloading the items into my new home. And the price was approximately $600 less than PODs with the unloading included.Starting with Mike and then Kevin, the process of signing up to use Zippy Shell was professional and very smooth. Excellent Customer Service!And then being assigned a personal coordinator, Autumn, sure made everything go very smoothly. She contacted me right away and was right on top of things in setting up the delivery/pickup of the shells to/from my home. It was awesome having one "real" person to deal with, not like the impersonal customer number/pin that is used with PODs.Got to meet Hector face-to-face and he really epitomizes customer service. He made sure that the units were picked up in a timely manner and answered all of my questions. Amy also followed up to make sure all was going to my satisfaction.Then Autumn called to tell me that my units were already in Florida - they left on 2/23 and arrived on 2/25 - and then I got an email also stating other details. Autumn has already confirmed the delivery time/date to my new home.I retired from the Boeing company and I have already told Zippy Shell that they need to get on the Boeing Discount site (PODs has been there) to assist Boeing movers.Fantastic job - Zippy Shell!Michelle