The mission of Olympian Worldwide Moving & Storage is simple: To become the supplier of choice for innovative solutions to meet our customers' needs in all aspects of moving, storage and logistics services. We pride ourselves on promoting the teamwork and profitability that is integral to both organizations.

Our vision has always been to create opportunity and value for our customers by providing consistent and quality services that exceed their expectations every time. 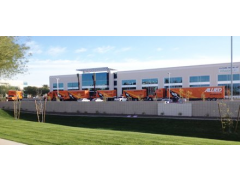 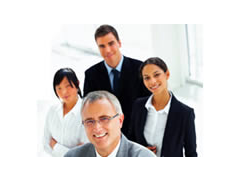 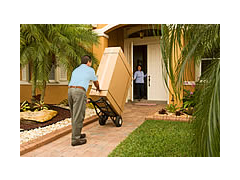 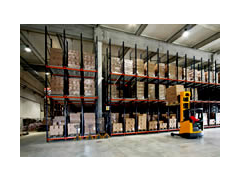 Terrible. Had an in home estimate. Company showed up with a truck that was too small. Had to move the furniture myself. Crew was on their cell phones a lot and made sure to take a dump in our bathroom. Damaged furniture? Sure!! I had paid an extra $130 for insurance and now I am supposed to pay repair company and wait for reimbursement. What a joke. Do yourself a favor and look elsewhere . They come across legit up front. That's all it is...... A front.

Sadly the company motto of "relax, we carry the load" was NOT what I experienced with Olympian/****** Moving. I specifically chose Olympian because they were associated with a national moving company, ******. I was willing to pay more money for my move, expecting better customer service. Here is a list of some of the issues I had with Olympian. 1) They did not lay down protection for my wood floor before starting to move furniture and boxes. I had to ask them to protect the floor. After the move, I noticed a large scratch in the floor that was not there previously. 2) There were a number of items that were not moved, even though they were designated to be moved and were right next to other items to be moved. This caused me to spend my own time and money getting them moved the following day. 3) I called the office to let them know my disappointment with the move. A manager returned my call and promised to get back with me after speaking with his manager. There was never any follow up call, even after I reminded them that they promised to get back to me. On the positive side, the driver of the van, the relocation consultant, and the office coordinator were all very professional.

I contracted through Allied to be moved and they sent Olympian as a subsidiary. Everything seemed fine. Moving is horrible as it is. The Allied agent Bert was wonderful and patient with me through all of my questions. Then the packers came. They packed well, putting as few things in as many boxes as possible, but only after having loud discussions with each other to debate about how they were getting paid: hourly or per box. I certainly appreciate my things being protected but paper wrapping every kitchen utensil? Is that really necessary for a plastic ladle? I left my boyfriend there to help while I did some necessary errands. When I got back, I found out that the packers were gone not a minute later than their allotted hour day. They'd told my boyfriend that was all and it would be finished in the morning. He didn't know this was a flat out, insulting lie since he hadn't been the one making the arrangements and let them go. I so regret leaving that hour. There were about 15 boxes of things left to pack and two empty boxes left for us to use. There were cabinets they hadn't even opened. I panicked. I was exhausted. I'd been working since before dawn and would be up until way past midnight, then get up to do it again. What the heck is the point of paying for a "full service" move?!?! I did notify someone at the company, but they didn't seem to care. The next issue was my aquariums. Horrible to move, yes, but I was assured they could handle it on a professional level. While one tank was being drained of its mud (a planted aquarium), the hose was kicked and left to drain to the carpet. Packers paid no mind to this and tromped right through the mud and the rest of my apartment. until I noticed. Quite a disaster if you want your security deposit back. At the time of my quote, which I completely understand is a quote and not a promise, I had four large aquariums, a three piece couch set, 55" projection box TV, and more CRAP than you'd think could be in a one bedroom apartment, my estimate was $4,700. Of that, crating for my aquariums was $500, or $125 a piece. In the end, I got rid of more than 1,000 pounds of stuff. No couches, no TV, two aquariums gone and all of my storage closet. I was excited! Surely, we'd saved so much money eliminating our junk! The Allied driver came the next morning and nearly had a fit at the amount of things that were left. Apparently, everything should have been immediately ready to go on the truck. Lucky for us, he's been at it his whole life and wasn't mad at me. He fixed as much as could be and cured my panic and it was all mostly okay in the end. Fast forward to the call from Oympian to tell me the amount of my bill to have ready at arrival: $5,100. What?! I was only told at this point that a shuttle would be necessary at the destination. They had known the exact destination for months. I called my new apartment complex to verify. Crazytalk, they said. There's a loading dock. A full-sized loading dock. It took a lot of convincing for the lady on the phone at Olympian to accept that. That was $500, but surely, since everything is priced by weight, it's still overbilling because I worked so hard to reduce stuff. Right? Nope. To crate two aquariums cost $700. That's a very far stretch from $500 for four. Their answer? Tough. Had I known that's what the actual cost would be, I would have elected to replace at least one instead of crating. We were fortunate enough to have most moving expenses paid by an employer, but the level of service was atrocious. For the amount of money paid, it should have been smooth and as simple as you can make moving. It's their business! Every call I made to Olympian made me feel like a bother and talked down upon. I normally don't take the time to write a review if the point is negative, but this was inexcusable.

Do not use this company for a move - moving is a hassle, tension runs high and any added problems with movers make the experience sting that much more. After researching companies, we picked Allied who offered a good up front customer experience. Once we received the estimate for the move, it was inflated by $100 the next day, which should have been my first warning. Our belongings took 12 hours for the 2 movers to load (we had a small load) and then we found out they estimated incorrectly and 1/3 of our stuff was put into "overflow" - this meant it stayed in our garage for a day and then was moved to the "yard" until a truck could drive it to our location. By the way, we moved from Phoenix to LA, not a big run. Our initial shipment date was moved 3X (with minimal advance warning so we still had to wait a full day) and still the movers were late by 2 1/2 hours. After 5 messages over 4 days, we still could not get an ETA on our overflow arrival that was coming on another truck. We did reach the operations specialist who re-assured us he would call with a date/time for our goods...well, he didn't even though we left messages. We even tried calling corporate to plead for help , however, they differed to the local office and the local office differed to corporate - nice game. We did receive our 2nd truckload a week later. Some items were scratched, tools were missing and the craziest thing was a half eaten steak, placed in one of our cabinets...nice. As I write this, I am still awaiting the claims report that I need to fill out to get reimbursed for damage. This is now 3 days overdue, par for the course. Do not use this crappy moving service unless you feel like flogging yourself during your move!